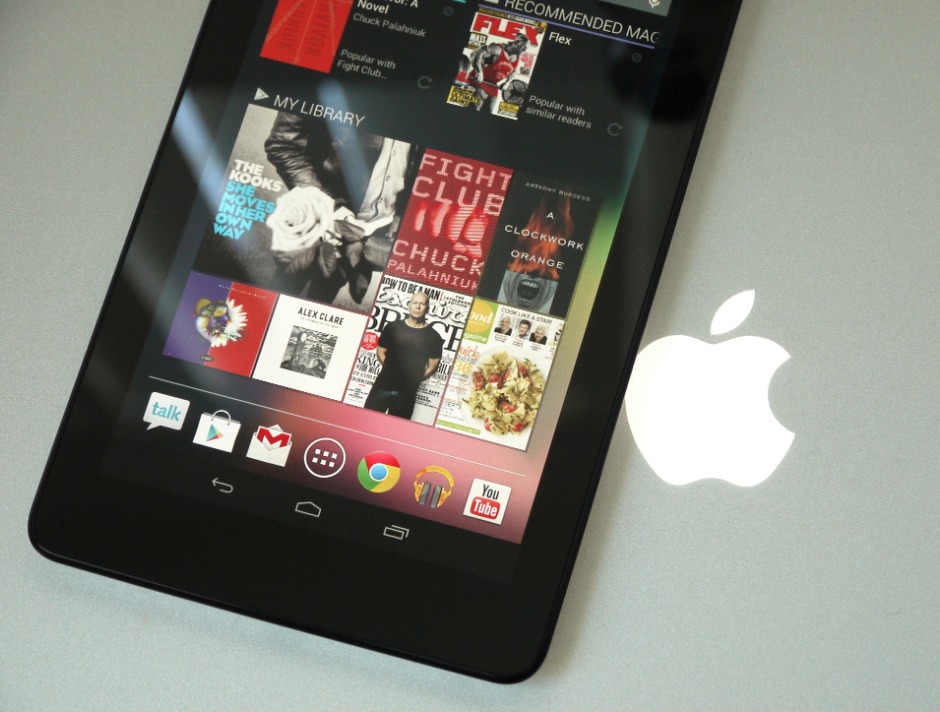 Some big news dropped today from the folks at Apple, only this time in a smaller package. Of course we’re talking about the much-rumored iPad Mini. Today Apple sent out invites for an October 23rd reveal of the all new iPad Mini — or at least that’s what all the rumors and leaks have us believing. Will this 7.85-inch smaller iPad pose a threat to Google’s Nexus 7? Read on to find out.

As the rumors go, the iPad Mini will be a new 7.85-inch 1024 x 768 (same as iPad and iPad 2) resolution tablet. It will be rocking a dual-core processor, probably slightly less powerful than the iPad 3 — er the “new iPad,” and obviously the new lightning connector. For any and all news about the iPad Mini you’ll want to head to SlashGear for the full rundown. Here we’re talking about Android! Oh and don’t forget, Apple makes the coolest adapters — according to Samsung.

Without getting into a hot discussion too much here (we’ll let you do that in the comments) we just want to share a few quick thoughts, leaks, and rumors about the Nexus 7 that well, puts it in a great position even with a looming iPad Mini. First off the iPad will obviously cost more than the Nexus 7, even though we can’t confirm that multiple rumors are slotting it in around $299 or $319 for the lowest 8GB model. Compare that to the 8GB Nexus 7 for $199 and things are still looking pretty bright for good ol Google. From there the prices only go up — except for the Nexus 7 — which is rumored to actually be getting a price drop and more storage. Rumors are claiming the 32GB Nexus 7 will arrive on October 24th (day after Apple’s big reveal) and be priced at just $249. To add credence to those rumors, it also has been spotted online this morning at Staples for less than the 16GB model.

Next up is connectivity. We’re also still seeing multiple reports and rumors about a 3G Nexus 7 from Google also hitting the Google Play Store in October. If this ends up being true — which we are hearing it is — Google will have a 3G and HSPA+ 4G capable Nexus 7 just in time for holiday sales, as well as the competitions sales. For those seeking to jump ship for an iPad Mini with connectivity — Google will also have that covered. Obviously none of this has been officially confirmed, nor do we even know if Apple will have anything other than a WiFi iPad Mini.

Recently Carphone Warehouse confirmed the Nexus 7 is their best selling tablet ever, which certainly is good news. In the end there is a lot of uncertainty around these rumors, as well as what we expect from Apple. Will the new iPad Mini make current or future Nexus 7 owners jealous and eventually jump ship? I guess we’ll have to wait and see. I certainly won’t be selling my Nexus 7 anytime soon!

Thoughts on the iPad Mini, or the Nexus 7 as competition and more? Leave us a comment below!