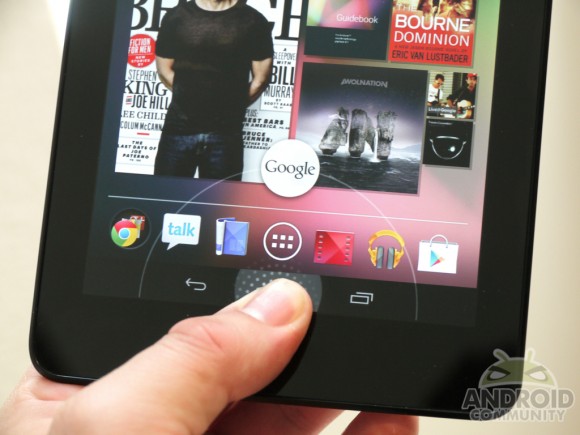 ASUS and Google’s Nexus 7 tablet has caused quite a stir in the tablet market and now Google may be readying a 3G/4G version of the popular slate. A few quiet rumors have been floating around regarding at least a 3G HSPA+ version that they could easily sell on their Play Store according to MoDaCo.

Since Google debuted the 8 and 16GB WiFi model many have been wishing for two things. One being 3G or 4G connectivity, and the second being a micro-SD card. Obviously we won’t be seeing the second one, but a 4G LTE Nexus 7 would be awesome if you ask us. What do you guys think?

The newly detailed model could be launching in as soon as six weeks — so that puts a connected Nexus 7 tablet hitting the streets around October and just in time for holiday sales. According to the various tips and whispers the hardware will be exactly the same (which is awesome) except the addition of the new radios.

According to the source, ASUS has already ramped up their production of both WiFi and the new 3G/4G LTE model to prepare for the onslaught of additional sales. We still don’t know how many of the original WiFi model have been sold, but a 3G model would only increase sales. The impressive and powerful tablet debuted at $199, but we have no details on a possible pricing structure for the 3G variation. Whether Google will work with carriers, or just offer a 3G HSPA+ model in their Play Store isn’t yet known. They’ve been pushing hardware sales to their web market so that is where we expect the new tablet to go on sale. We’ll update when we hear more.