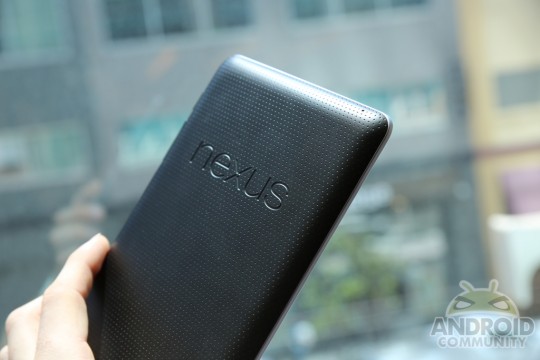 Yesterday some rumors were floating around that Google and ASUS were preparing to offer a 32GB version of their highly popular Nexus 7 tablet. Then we showed you a leaked screenshot from Carphone Warehouse showing the device in their inventory. It looks like they aren’t the only one, as it’s appearing in multiple other sites inventory too.

The folks from Droid-Life got an anonymous tip after a reader tried to purchase a Nexus 7 on an unknown site which clearly also showed the Nexus 7 32GB as an option coming soon. After further digging the tipster mentioned the online site gives a shipping date of October 24th for the 32GB flavor of the Nexus tablet. 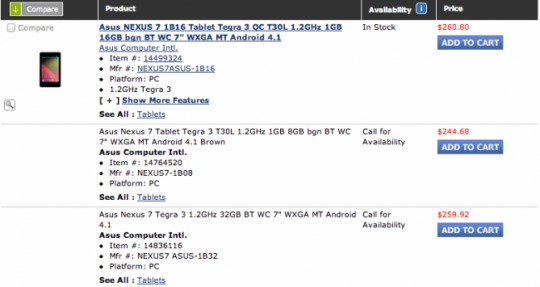 While they didn’t mention what site specifically was listing the device, a quick Google of the product number (nexus7 asus-1b32) will bring you multiple results for a 32GB Nexus 7. Including Buy.com and multiple other smaller sites. Some list it as “new product,” “coming soon” and others just have it listed as out of stock. Now Google could really be planning a 32GB Nexus 7, but at the same time this could just be inventory listings for the device that never got removed once Google announced there would only be an 8 and 16GB option.

The Nexus 7 is an awesome tablet, but our only complaint is the lack of storage options. We’d love to see Google and ASUS release a 32GB Nexus 7, then drop the price of the 16GB model to better compete with the new Kindle Fire HD. Most likely that is exactly what will be happening, but for now we have no official proof yet. Hopefully Google makes an announcement soon — or it appears on the Google Play Store. For now take all of this with a grain of salt. Oh and we’re still waiting on that rumored 3G Nexus 7 too.