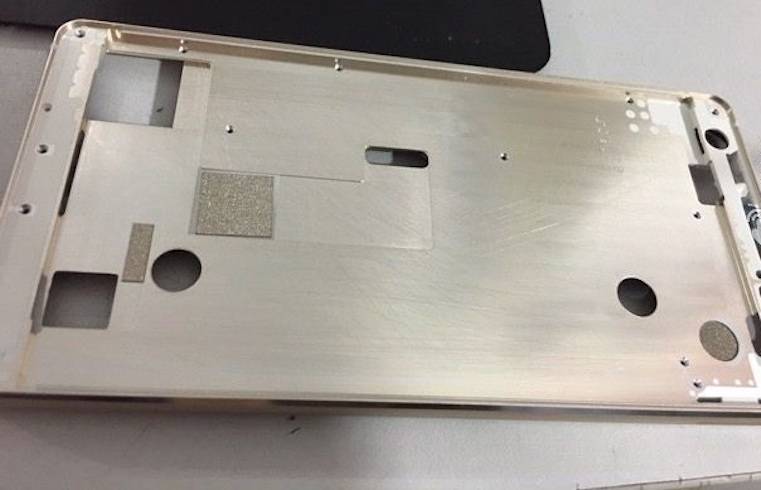 If not rumors or renders, we’re interested to see a product chassis as there’s a huge possibility that it’s for real. And since the excitement for the upcoming Galaxy S7 is already building up, then maybe this image you see will somehow give you an idea of how it might look like. So far, we have an idea about the processors it will use and the handset performance scores.

A set of image renders of a Galaxy S7 casing was sighted last week and now, an image of a mysterious chassis of what looks like a phablet. Actually, we’re not sure if it’s really a Galaxy device. We’re still in the dark about the leaked Galaxy S7 Chassis but here’s what we know so far from the past reports and rumors: the phone continues to score high with a Qualcomm S820, company is looking at heat-pipes to cool down new phones, will come with Britecell memory, microSD card slot will be available, model numbers are ready, and will make use of ClearForce technology.

Nothing much to say about this chassis of possibly a Galaxy S7 but expect to hear and see more rumors, leaked images, and renders. Think about it, the Samsung Galaxy S7 could really be arriving earlier than usual. There will be no launching at the Mobile World Congress, that’s why such information are being leaked left and right. It’s just too early compared to last year.