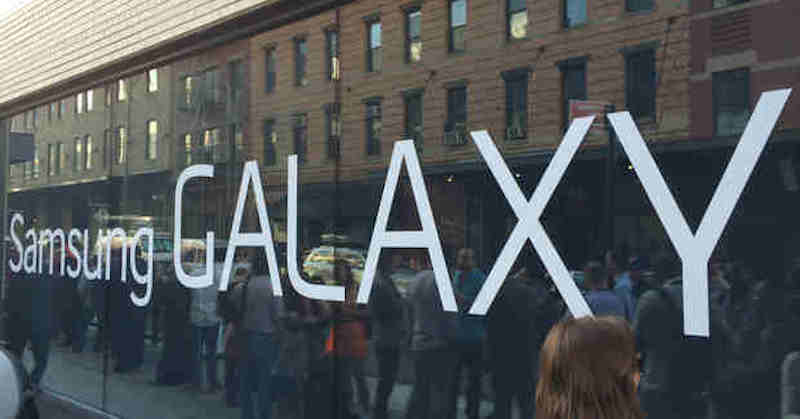 After the Galaxy Note 5 and Galaxy S6 Edge Plus are announced this week, the next major flagship phone we should be waiting for is the Galaxy S7. Samsung is scheduled to release it next year 2016 but as with previous Galaxy S models, we can expect numerous rumors, leaks, and speculations to come out. As early as now, we heard that the next Galaxy S7 will be powered by a Snapdragon 820. Surprised? Not really but Qualcomm has yet to release the chipset so yeah, it may be to early to say.

All these information about the Galaxy S7 are coming from China. We first learned that the South Korean giant is considering the Qualcomm S820 aside from its very own Exynos processor. Maybe Samsung could only be testing the two to know which one will be faster, more efficient, and won’t heat as much.

The Galaxy S7 is believed to be codenamed as ‘Jungfrau’ and some leaked document suggests a Jungrau-Snapdragon 820 possibility. Details are scarce and it’s a bit hard to decipher what’s written there but we know that the MSM8996 could be the Snapdragon 820 based on past models’ naming convention. We can be sure of one thing though–the Samsung Galaxy S7 will be powered by the upcoming Android M. As for what the ‘M’ could stand for, we have to wait for a few months when Google serves our next Android dessert.

Samsung may have not totally given up on Qualcomm despite the Galaxy S6-Snapdragon 810 drama. The chipset maker seems to be doing its best to improve on its products especially after several heating issues and all the negative feedback. Of course, we’re assuming the Snapdragon 810 is already out of the equation even if it was recently updated and the latest version is being used by some major phone manufacturers.

So a flagship Galaxy S with a new Qualcomm Snapdragon processor? That’s something we should all look forward to. We’ll see about that.