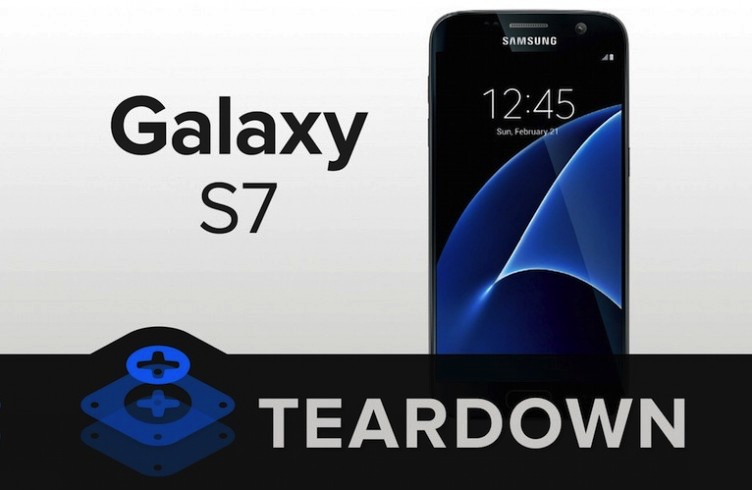 A teardown isn’t valid unless it is done by iFixit. That’s just us but we believe in the expertise of the guys there who really know what they are doing tearing apart a premium flagship smartphone like the Samsung Galaxy S7. We’ve seen some teardowns of the model already. There’s one by Chipworks where we learned more camera imaging information. Another one was done by Zack Nelson aka JerryRigEverything where he discovered that there’s “no liquid” in the S7 edge’s liquid cooling. One of the earliest teardowns we saw was done by some Russian geeks.

Teardowns by iFixit include a comprehensive guide to opening a device to see what’s inside. iFixit already noted that such features should not be used as dissembly instructions but hey, we can’t stop you from doing anything to your phones–just do everything at your own risk.

Some highlights and findings of the teardown by the iFixit guys have been published. To start off, the Galaxy S7’s back panel curves gently on the side. It’s a bit thicker—about one mm only but still very thin. Camera bump has been reduced. Samsung still used the standard micro USB port which is so unlike the latest premium flagships recently introduced.

Opening the phone is easy with a hot iOpener. Using a simple pick and slice, the unit is opened without any problem. Glue is noticeably more sticky.

Once the front camera was lifted out, you can see the motherboard. The 12MP/4K rear camera may seem like a downgrade but the S7 not features Dual Pixel autofocus technology. It’s phase detection for every pixel which means photos captured even in low light conditions can still come out clearly and with vivid colors.

IFixit discovered more than a dozen components inside from the Samsung KLUBG4G1CE 32 GB MLC Universal Flash Storage 2.0 to the Qualcomm WCD9335 Audio Codec to NXP 67T05 NFC Controller among others. (View complete list on iFixit.com) The modular headphone jack is covered with a rubber seal which is something we already noted when analyzing the water-resistant secrets of the Galaxy S7. As for the liquid cooling, iFixit noted that it’s simply a tiny copper wig—a very small heat pipe.

The iFixit experts finally gave the Samsung Galaxy S7 a 3 out of 10 Repairability Score.