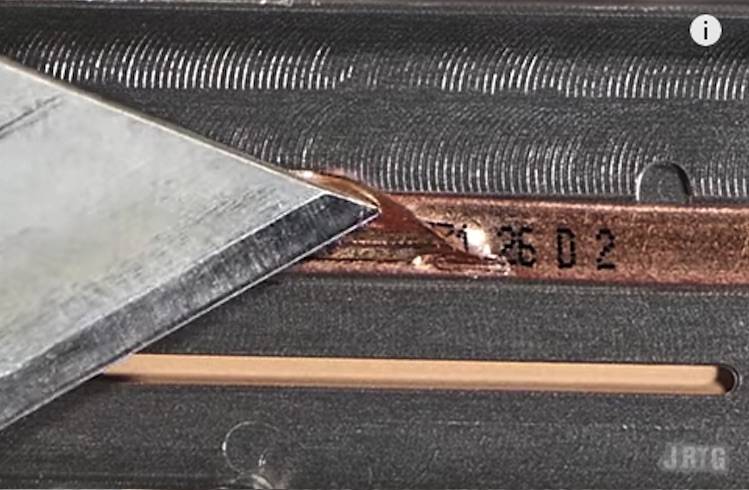 After the numerous reviews, comparisons, analyses, and durability tests, it’s time to open the Galaxy S7. A recent Galaxy S7 edge teardown by JerryRigEverything, as by an XDA member revealed that the latest two premium flagship smartphones used heat pipe liquid cooling but unfortunately don’t contain any visible liquid. This is very much different from what was previously seen on a Sony Xperia Z5 Premium. It’s not exactly a problem because as the phone heats up, the pipe works by wicking vapor as explained by Matthew Brack in his post.

Before we all get confused, there were only very little liquid as noted by one commenter on the forum. Whatever little “liquid” was there, it absorbed the heat and quickly became vapor which then traveled along the pipe where it’s usually cooled and condensed (condensated). Heat is then released. Liquid cooling means liquid circulating, thanks to a mechanical pump going to a heatsink. The latter is then cooled by cool air running over it. Heat is usually absorbed or removed by a fan. That’s liquid cooling as explained by one commenter but Samsung has yet to explain exactly how it is used or done on the Galaxy S7 edge.

Mattew Brack noted how Samsung described the phone would come with “liquid cooling” so he and Zack Nelson (JerryRigEverything himself), or actually just about anyone would have high expectations. One example is the Z5 Premium whose liquid cooling contains actual liquid. This Samsung Galaxy S7 edge, however, doesn’t show any liquid.

This particular teardown already started a discussion. It’s interesting to know if and when Samsung will post an official explanation, as well as, how the rest of the Netizens will respond and offer their own opinions. Leave it to the experts to explain how this liquid cooling works. Or you may delight yourself in sharing your own throughts in the comment section below.