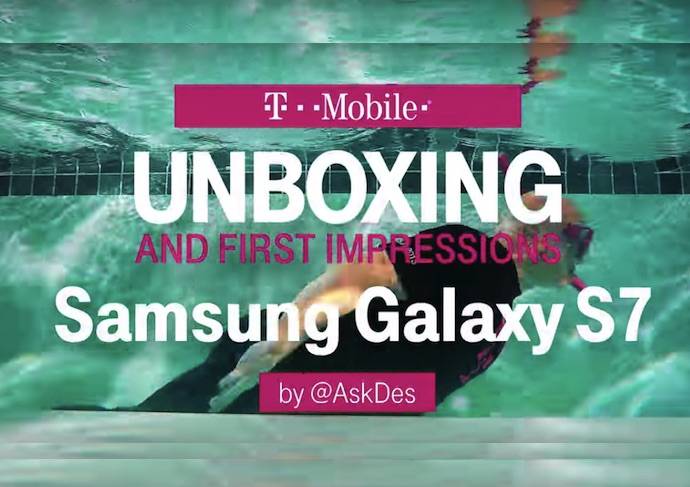 We have our hands-on feature already but we have yet to do an official unboxing video. While waiting for a new Samsung Galaxy S7 unit, be entertained by this video published by T-Mobile. It’s not your usual unboxing video because this is one-of-a-kind. Of course, it’s T-Mobile and you know how the mobile carrier headed by the very outspoken CEO John Legere can be non-traditional. In the video below, T-Mobile’s Senior Product Manager of Superphones Des Smith, went underwater to show off the Galaxy S7. Obviously, he wants to tell the audience that the S7 is one waterproof baby.

It seems awkward to be doing a presentation underwater but the T-Mobile Product Expect will do anything to prove to the consumers that a product is worth your time (underwater or not). We know that the Samsung Galaxy S7 is waterproof, thanks to its IP67-water resistance certification. Even with the snorkeling gear, we still can’t understand Des so the subtitle below will serve useful.

Don’t think this one is weird. It’s just how they are in T-Mobile. They have this offbeat style that can be humorous at times. Not anyone in his right mind would open a new smartphone but opening the Galaxy S7 box underwater proves that the latest premium flagship phone lives up to its water-resistant promise.

While watching the video, we remembered the numerous stress test we’ve seen last year. Most of them were heart-breaking but now we’re assuming this and the Galaxy S7 edge will easily win those reviews, tests, and benchmarks. We’re interested to know how this new S7 will fare in a water cooling test and those other nerve-wracking drop tests.

Actually, this gimmick of T-Mobile isn’t exactly new. Back in 2013, the Sony Xperia Z was teased by the carrier in an underwater video. It gave us an idea that the smartphone would be ready to get wet but that time, it wasn’t fully advisable to get your stuff wet. In fact, even Sony was very careful in advertising such feature because some people may tend to abuse it. 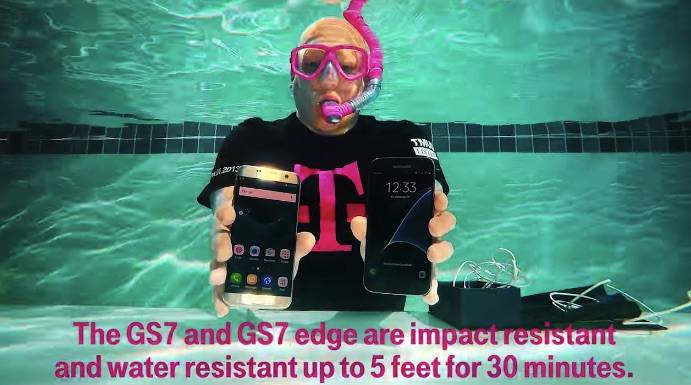 Des unboxed the new Samsung Galaxy S7 the normal way: opened the box, took out the items, touched the smartphone, took picture–the standard steps. It’s at the same time unusual because you know, it’s done in the pool with an underwater camera rolling and some of the components floating around.

The Galaxy S7 is then joined by the Galaxy S7 edge when Des placed the two smartphones side by side for a quick comparison. We’re not sure if the charger and cables are also waterproof but we won’t dare plugging them in right away.

Somewhere in Russia, the Galaxy S7 was  also “analyzed” in a teardown feature. The 2016 Samsung flagship was opened from the side first so as not to damage the screen. The back metal frame is difficult to remove because it’s tightly sealed. That’s good news because that means no water can seep inside. It was still opened successfully from the back after a few tries. 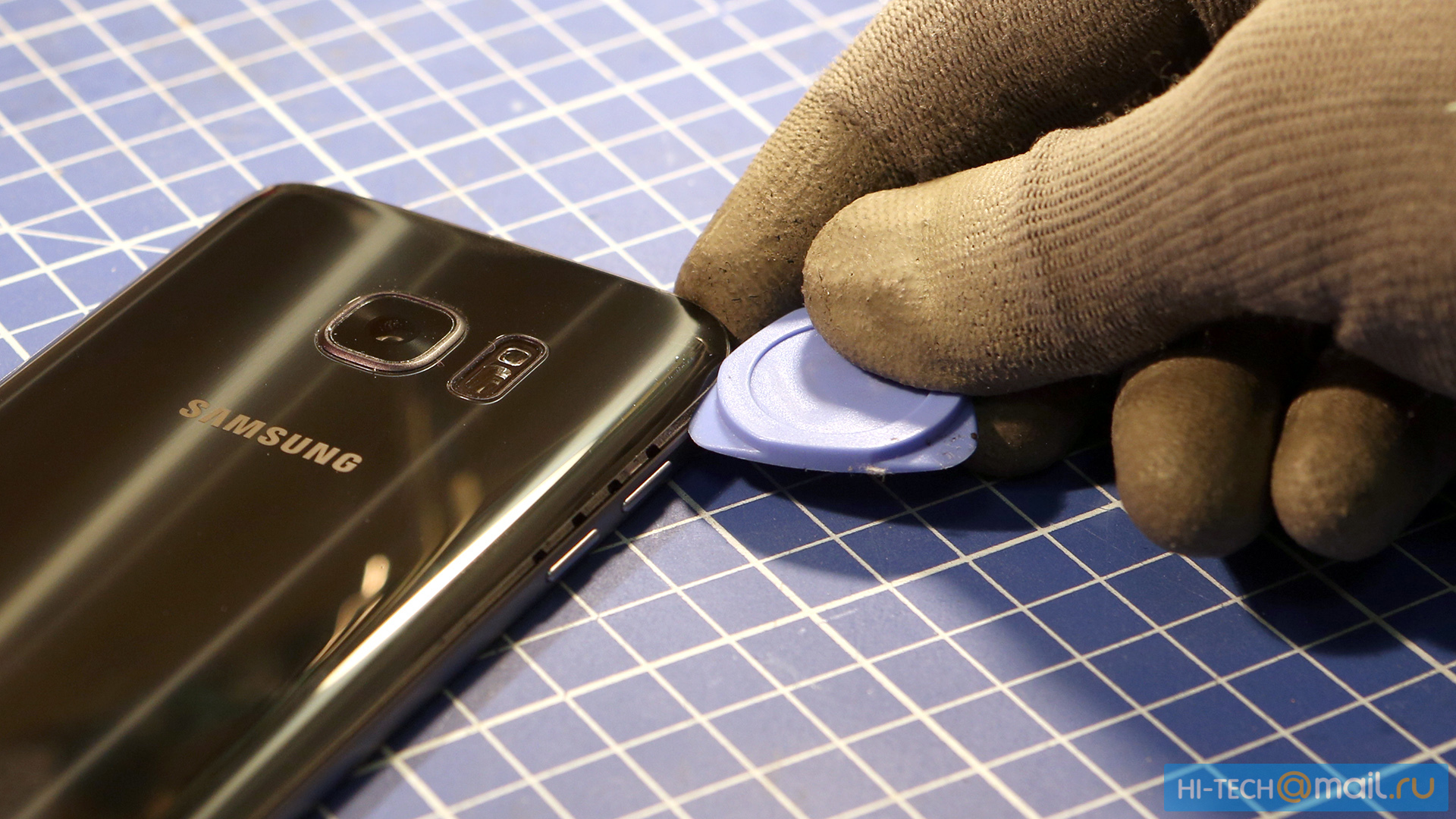 The Russian reviewers shared that Samsung used a heat pipe for cooling. That’s something we already mentioned a couple of months ago that the South Korean tech giant might be looking into heat-pipes to cool down new phones.

As with most teardown features, the phone was opened and chips and small parts were removed layer by layer. Samsung used a special glue to stick the Gorilla Glass panel to the frame and make it waterproof. That means once you take the elements apart, device will no longer be waterproof.

The reviewer noted that there’s a little white box with crosses. Its color changes to red if water gets inside the phone. It’s an indication that the Galaxy S7 has been “drowned” for a certain period of time, way over than what’s allowed. That or the phone has been opened or compromised already. Even the speaker is said to be protected by some sort of a special net and small rubber seal.

Check out the teardown photos below: