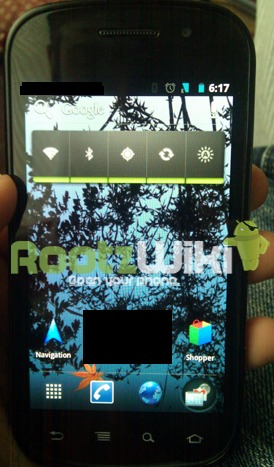 What we have just seen is said to be first screenshots of Android Ice Cream Sandwich, the next version of Google’s OS. While this entire thing is just breaking and we haven’t had the time to look ever them closely things are looking pretty tasty from here. These appear to be early beta builds of Android on the Google Nexus S. Some early reports from RootzWiki are claiming these are 100% legit and real screenshots but we will just let you decide.

The leakster claims this is a very early build that in not very stable and is still very much a work in progress. They even mention it wont be coming out this month or the next but we already have been planning on a November or Thanksgiving time frame. There is plenty of changes as well as a entire new color scheme. Gmail has been redesigned and more. We are now seeing pictures also leaked to Android Police looking very similar so this could indeed be the real deal. 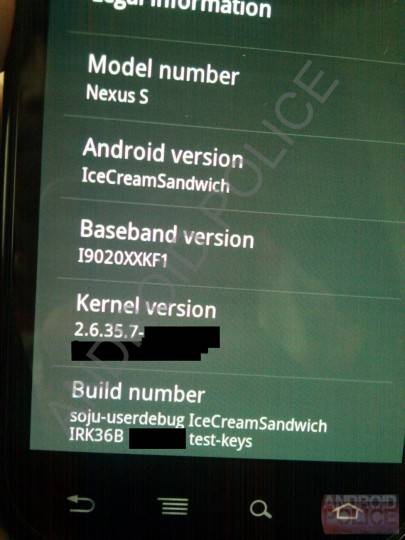 According to the leak to WootzWiki there is plenty of new and exciting changes so I’m going to post them all below for you to see what they now know.

-Blue Themed
-Camera has built in panorama mode
-Will launch with Google Shopper and NFC Enabled devices will be able to utilize those features
-Gmail is all rethemed and updated
-Nexus Prime gets it first (expected) then other devices will follow after
-Not too many changes, just UI things, don’t think requirements are set too high for year old devices to run it
-The little icon in the bottom right, looks like a tray with multiple apps in it (Like Honeycomb app switching)
-Google search bar embedded on very top like Honeycomb
-Apps/Widgets launcher a lot like Honeycomb
-This release is still very early, notice the theming of the power tray

While we are excited to see all of this it does make us wonder. In the Wootzwiki picture everything has been rethemed even the icons up top and the colors are all blue, yet the power bar widget is still green, but that could just be not finished yet so who knows. I was hoping to see a Android 2.4 or maybe 3.5 in there so we knew what the next version would be. It appears this sneaky prankster or Google themselves have still not decided what they will be calling the next version of Android. We do see build number is IRK36B.

We know this isn’t a lot, but it’s better than nothing right? With so much of these photos being blacked out to protect the identity of the leak I’m starting to think it may in fact be the real deal. These are quite possibly the very first look on Android 2.4, 3.5, or 4.0 Ice Cream Sandwich or whatever they will call it. More pictures below.