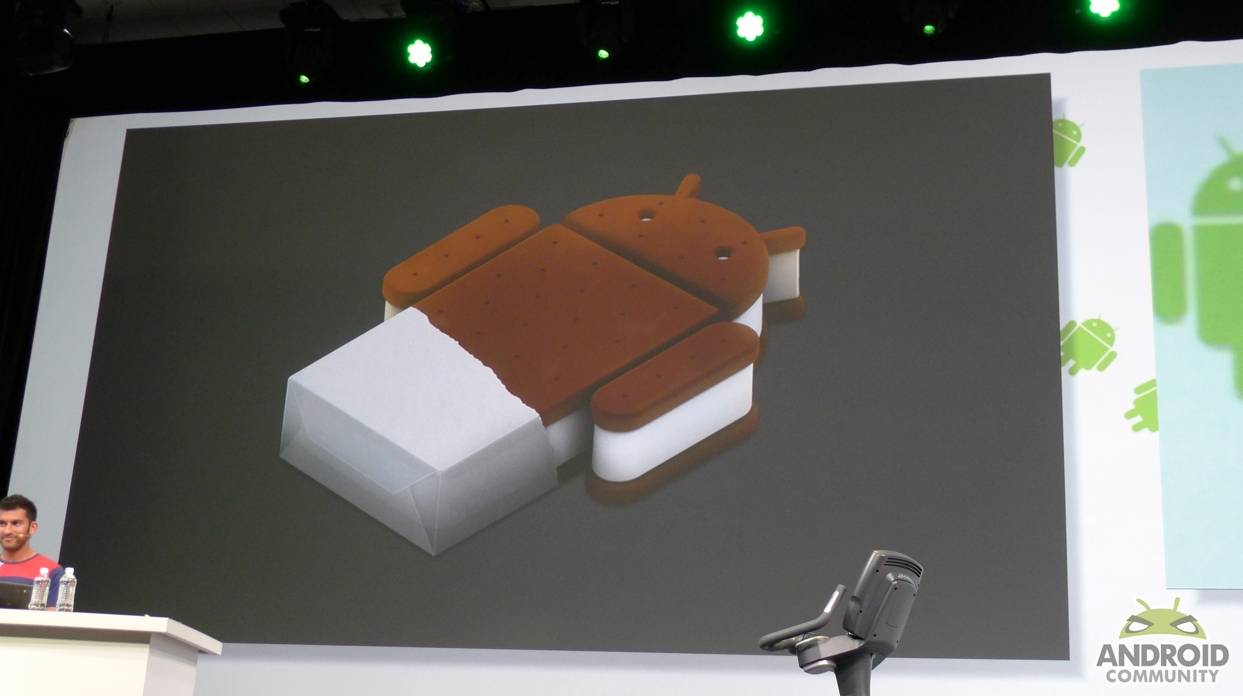 Lets begin this chat by noting that they certainly did not say a whole heck of a lot. At the first hour-long keynote speech of the conference, Google whipped through a plethora of news bits, Ice Cream Sandwich certainly not the one winning the attention contest. The greatest moment was the reveal of the excellent logo mark that’ll be coming along with the update to Android, it and the name being a metaphor for exactly what the new system would be doing for the mobile OS: integrating it. Sandwiching it, if you will. It’s going to be oh – so – tasty.

The words were released from Google Product Manager, Hugo Barra’s mouth, that the “most ambitious release yet” would be coming in Ice Cream Sandwich form and that this update would not only act as a tie for all screen sizes, those on handsets, tablets, Google TV, and the lot, but that it would make for a much easier world for developers to live in. A single API framework for what may be the easiest Android version to develop for yet. No more Honeycomb specific apps for you!

“We want one OS that runs everywhere.”

That’s what Mike Claren of the Android engineering team said whilst presenting this version of the OS for the first time during the first keynote at Google I/O 2011. One of the first big points Claren had on making this one OS a possibility for developers is that Google would be taking the “state of the art” features as created for Honeycomb, UI improvements especially, and bringing them to the entire platform, for all devices. This includes new holographic UI, multitasking UI, launcher, richer widgets, advanced applications, and everything in-between. 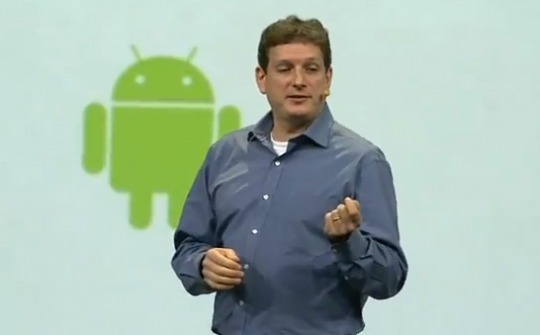 And what’s best? This new version of Android wont have any new hardware requirements. That means it’ll be able to work on older handsets galore!

Claren went on to note that Google is investing heavily in what he called an Advanced App Framework. This means insulating developers from the differences in all of the different devices Android can be run on, so Google is adding new API to the framework to help all you developers out there scale your user interfaces across all the different sized screens and devices toting them. New components are being added to the Action Bar (the one you see in Honeycomb) that’ll be able to reconfigure themselves to work with whatever space is available to them.

On top of THAT, more energy is being put into developing tools (the talk about this specifically being done on the 11th of May at 3PM PST, for those keeping track,) and of course, without even thinking about it everyone should have already known – Ice Cream Sandwich will be open source. 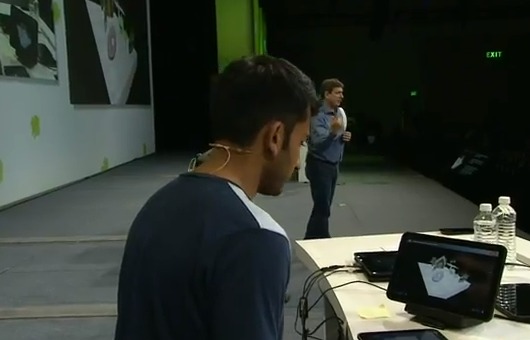 This technology can detect your head, not just your face, recognizing not only where your head is, but where you’re looking. This tech runs on the GPU, this currently meaning that it’ll work at 500 frames per second – quick! This tech is demonstrated by Anand Agarawata who shows off a white tablet with several objects on it displayed on the screen of a Motorola XOOM tablet moving in accordance with his head. Wacky! 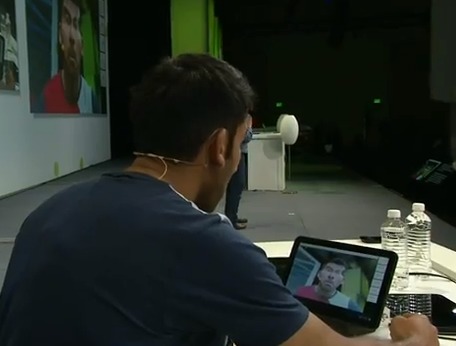 In another demonstration by Anand on the XOOM, a button is pressed for mouth, nose, and eyes, one by one, expanding each of them in turn instantly, transmitting the image to the screen via a mirror sort of situation. Basically just a piece of candy for now, but you can see the possibilities, I’m sure. 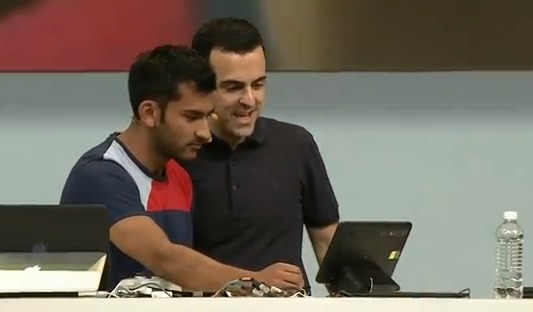 This app, or functionality, or whatever you’d like to call it at this point, is able to detect a person speaking in a video that the device its on is recording and focus on them. What does that mean? Anand and his good pal Hugo Barra, (Product Management Director for Android,) demonstrate this functionality by both speaking into the front-facing camera of the Motorla XOOM. When either of them speaks, the camera zooms in on that person relatively smoothly, then back to whoever is speaking next in turn.

All of these elements will be available as developer APIs for Ice Cream Sandwich during what they say will be quarter 4 2011. Take a peek at the rest of our Google I/O 2011 coverage by hitting the big fat portable button over here: [Get into it!]