Recent AnTuTu scores reveal that Huawei‘s upcoming octa-core Kirin 920 comes close the Qualcomm Snapdragon 805 in terms of performance. If true, this could pretty much put the Chinese manufacturer on the map as one of the chip makers that are starting to gnaw at Qualcomm’s big pie.

Details about the Kirin 920 are still not official, but there is some agreement as to its basic features. The processor will be utilizing the usual combination of Cortex-A15 and Cortex-A7 cores based on ARM’s big.LITTLE architecture. It is yet unknown if it will be boasting of Heterogeneous Multi-Processing similar to Samsung and, later, MediaTek. It can also support displays of up to 2560×1600 resolutions. The chip was seen on AnTutu with a score of 37,363, which is not that far from Qualcomm’s upcoming chip. 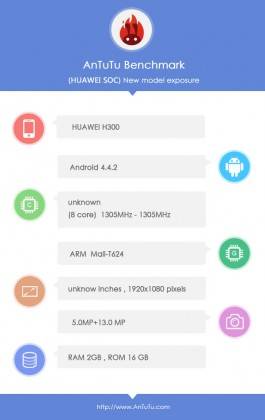 The Snapdragon 805, which scored 37,780 on AnTuTu, is built with high-definition multimedia in mind. It will sport four of Qualcomm’s new Krait 450 running at 2.5 GHz. Memory bandwidth is boasted to reach 25.6 GB/s and the chip can support 4K resolutions, both in recording and in playback. The newly announced Snapdragon 801, which also runs at 2.5 GHz but on a slightly older Krait 400 core, actually fared worse than the Huawei Kirin 920, scoring only 36,469. Interestingly, the NVIDIA Tegra K1, both the dual-core and the quad-core variants, still blow everyone else out of the water. 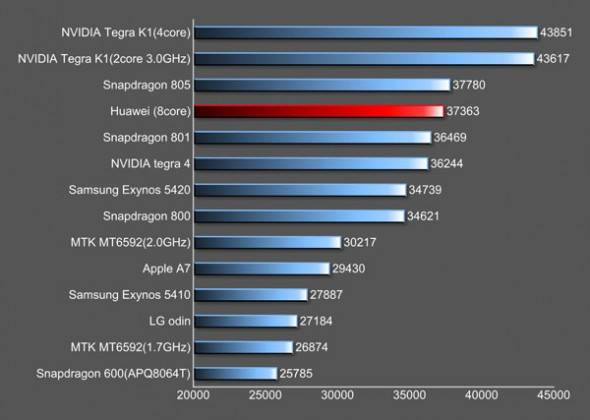 Of course, these numbers only speak of the chip’s raw power, but the true litmus test will come in an actual usable device. A powerful CPU can also consume more power, a delicate balancing act that Qualcomm has carefully been performing for a long time now. Hopefully, we will see the Kirin 920 in action when Huawei unveils the Ascend D3, which has a no show at last month’s MWC 2014.