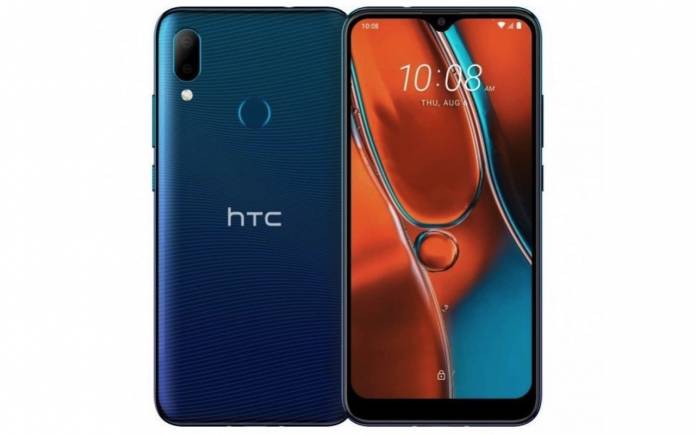 A few weeks ago, we learned the HTC Wildfire E2 features were sighted on the Google Play Console. We may have missed its exact announcement but we now know the smartphone is on sale in Russia. HTC may still make an official reveal but we have already seen the new Android phone that is being added to HTC’s Wildfire lineup. The Taiwanese tech giant is offering this budget-friendly phone after the HTC Desire 20 Pro that was launched back in June. It’s a low-end offering but already comes with decent specs.

The HTC Wildfire E2 boasts a large 6.22-inch IPS touchscreen display with 720 x 1560 pixel resolution. It runs on 4GB of RAM, MediaTek Helio P22 chipset, and 64GB of onboard storaga that can be expanded via a hybrid dual-SIM slot. Looking at the processor used, this one can challenge the Samsung Galaxy M01s, LG Aristo 5 budget phone, Nokia 2.4, and the Moto E6S. Last year, HTC also introduced phones with the same chipset: HTC Desire 19s and the HTC Wildfire X.

When it comes to the camera department, the HTC Wildfire E2 Android 10 phone features an 8MP f/2.2 fixed-focus selfie camera under a waterdrop notch. The main dual-camera system consists of a 16 MP f/2.2 main shooter with LED flash and autofocus plus a 2MP depth sensor. The phone also comes with a 4000mAh battery and a rear fingerprint sensor.