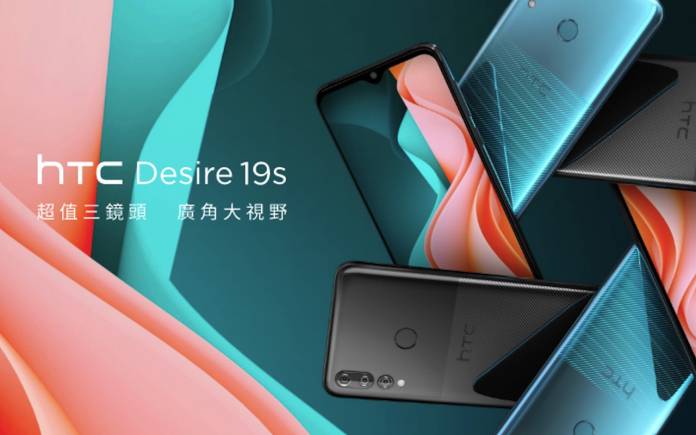 The Android community is always up-to-date when it comes to news about HTC. Just the other day, the HTC Binance EXODUS 1 phone with Binance Chain and DEX Support was introduced. It gives the Taiwanese tech giant an edge over the competition because there are not many cryptocurrency phones available. Not many OEMs have jumped into such category because not many people are still into cryptocurrency. The HTC Binance version is different from the HTC Exodus 1s that was also made ready with a hardware wallet and bitcoin node support last month.

The HTC Desire 19s is another budget-friendly, entry-level Android phone currently available in Taiwan with a sub $200 price tag. It actually follows the HTC Desire 12s from 2018. That one camera with a dual rear camera system.

HTC’s latest smartphone comes equipped with a large 6.2-inch IPS display, HD+ resolution, 19:9 aspect ratio, waterdrop notch, and a 16MP selfie camera. On the top left part of the rear is a triple camera system that consists of a 13MP main camera with f/1.9 aperture, 5MP ultrawide with f/2.2, and 5MP depth sensor. Other specs include a headphone jack, NFC connectivity, USB Type-C port, and a 3850 mAh battery with 10W charging.

The HTC Desire 19s only runs on Android 9 Pie topped by HTC’s own Sense UI. It is powered by 3GB RAM and comes with a 32GB onboard storage with microSD card slot for memory expansion. A MediaTek Helio P22 processor also powers the mobile device.

The price tag in Taiwan reads TWD 5,990. Color options include Yashi Black and Free Blue. It is out in the Taiwanese market but no information if it will ever be released in other regions.