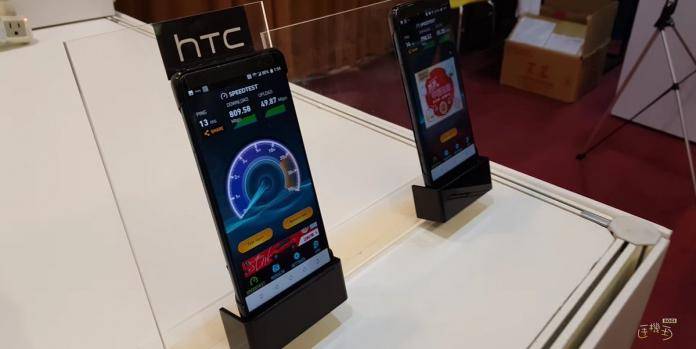 We’ve been anticipating for the HTC U12 and despite the rumors and the changes involving the Taiwanese tech giant, the Google-owned mobile business is preparing for the launch of the U12+. Ever since we first saw the image render last January, we were certain the device will have a full-screen bezel-less display. The HTC U12 aka HTC Imagine was once shown off at a tech event and then specs were revealed before the official launch. The device is still yet-to-be-announced but we believe the upcoming HTC U12 may feature a matte white metal and glass body. We’re almost certain now it will be called as the HTC U12+ and not just the U12.

The HTC U12+ will be the next-gen premium flagship. Note this is different from the HTC Desire 12 and Desire 12+ recently introduced. Several changes are happening involving HTC especially since it joined Google’s hardware group. The HTC smartphone chief Chialin Chang also resigned following the lay-off of some of its employees from its US mobile team.

We know HTC will remain in the game but just like Huawei, it will be more careful in launching new models. We believe HTC is smart enough in planning but Google has more say now. The HTC U12+ as the only flagship offering this 2018 makes more sense instead of launching several models. HTC simply needs to focus on marketing this one if it wants to keep the brand. Having just one flagship in the lineup is enough so the consumers won’t be confused. It can be tiring to look into a new phone only for it to be obsolete after four or five months.

The HTC U12+ will compete with the Galaxy S8’s price. If that’s the case, then it will be pricier than the HTC U11 but still cheaper compared to the new Galaxy S9 duo. We’re expecting this one to be released this coming April or May. We’re no longer sure if U Play or U Ultra variants will be revealed but there might still be an HTC U12 Life as a watered-down version.

Not much information has been confirmed but we know the HTC U12+ will boast a huge 6-inch LCD screen with WQHD+ display, Snapdragon 845 chipset, 8MP selfie cam, 6GB RAM, 64GB or 128GB onboard storage, and a 3420mAh battery. This HTC U12+ will not just rival the Galaxy S9 or the Huawei P10 but rather the more premium Huawei Mate or Galaxy Note.