We’re too busy waiting for more rumors and leaks about the next-gen HTC flagship that we sometimes forget about the business side of the company. The HTC U12 aka HTC Imagine is expected to be revealed soon. There’s also the HTC U11 EYEs that was previously leaked ahead of launch. In case you’ve been leaving under a rock, HTC is believed to be cutting down on releasing new smartphones in 2018. It can be seen as a result of its partnership with Google, which by the way, is happening.

HTC employees were formally welcomed to Google’s hardware group as the Taiwanese brand was formally acquired by the Mountain View company. This partnership is seen as good for both tech giants. Google can expand in the Asia Pacific while HTC can keep its reputation. Not quite unexpectedly though, Chialin Chang, HTC’s Smartphone and Connected Devices Business President has already resigned. The main reason for his resignation? Personal career plan.

The information was gathered from an HTC Investors page. It’s an RSS Content page so we can surmise the details are true including the position of the executive, date of resignation, replacement who is still unknown, type of the change, reason, and effective date. 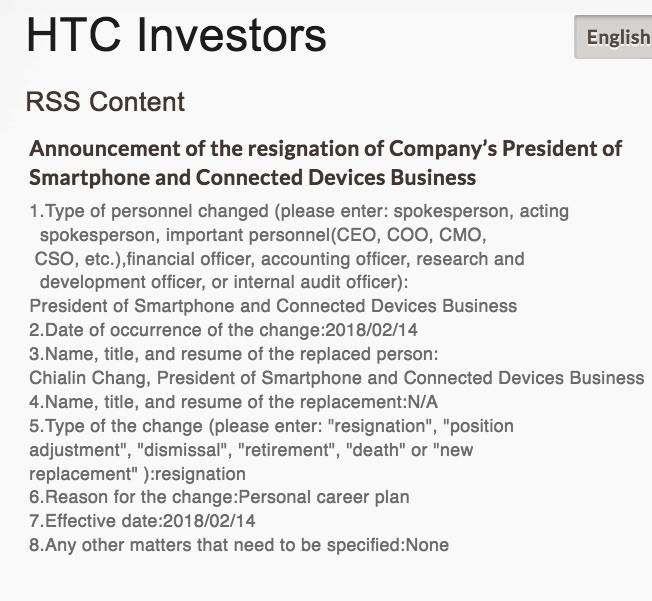 We can’t really say this comes as a surprise. Big acquisitions like this shake the management of the smaller companies. What do you think happened here?