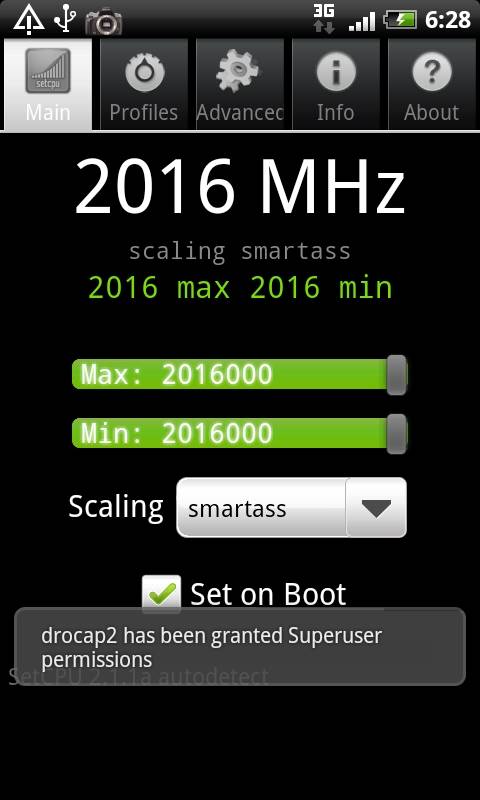 If you guys are wondering how fast the Thunderbolt is, you haven’t seen the HTC Thunderbolt Rooftop Lightning Commercial yet. That should say it all, but if it doesn’t then check out this story about the Thunderbolt being overclocked to 1.8 Ghz and tearing up benchmarks. It looks like today it got even more speed.

So far we don’t have much to go on other than the Thunderbolt is getting faster by the week. I’m a little curious as to when it will hit its limit, it has to be getting close. This screenshot of the Thunderbolt at a blistering fast 2.016 Ghz comes from the same man that the above story references. Derek Rodriguez who got it to 1.8, and now the 2.0 Ghz we have just mentioned.

According to Derek, who goes by @drod2169 on twitter, the Thunderbolt is pretty stable at an equally impressive 1.996 Ghz CPU speed. Remember that this is a single core device, but it is impressive nonetheless.

He is still working on the Thunderbolt speeds, stability, and its kernel overall so give him a little time, and be patient. I know it is exciting but he’s mentioned on twitter to please not blow him up with ETA questions. If you would like to be rooted and ready to go for when his kernel does go live. Check out our Thunderbolt root with a click story, root that baby, and when the time comes you can be blazing at those same speeds if you dare. Stay tuned for more information.