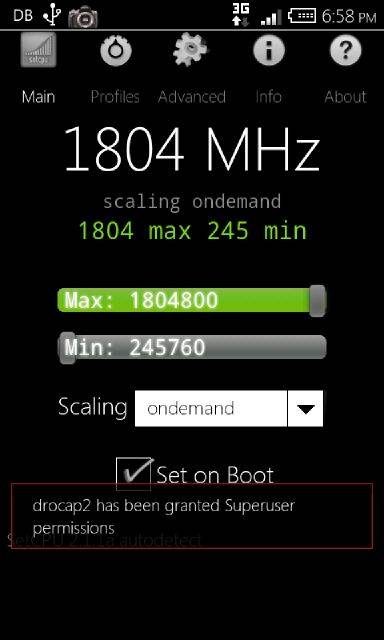 Before we begin, there’s two important things to note: one, that we don’t know Derek Rodriquez well enough to know for sure if these scores are real or accurate, but it appears that with his kernel “unboLTEd 0.2,” incredible speeds and scores have been achieved. Overlocking to 1.8GHz is no small feat one a single-core machine, neither is achieving a score of 2772 in Quadrant benchmarking – but is it real? We can certainly cross our fingers and hope for the best!

Rodriquez has not yet “released” his kernel to the public, but has sort of tossed it to the left and to the right here and there, as evidenced by tweets of people revving up his unboLTEd brand. Then there are the haters, one of them in particular making a joke about how easy it is to falsify the results we’re seeing here above and below by making his benchmark say OVER 9000!!! – a score which would melt the phone, surely.

Now once this kernel is set loose upon the world, or once you’ve got your very own custom kernel or any other such wild nonsense set up to show your fellow Androids, feel free to post away down [ThunderBolt Portal] way – fresh ground for your distribution! Also if you don’t have it yet, be sure to grab yourself a bit of the ol’ original ThunderBolt kernel straight from HTC.