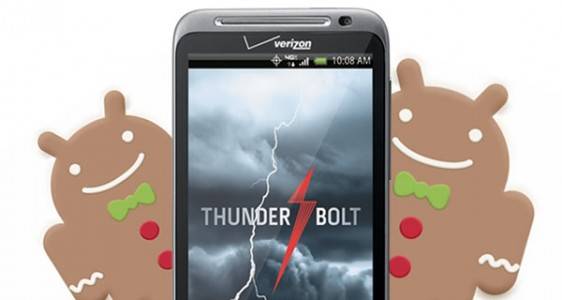 HTC today has just announced that the HTC Thunderbolt will finally receive the much anticipated update to Android 2.3 Gingerbread come sometime this September, basically in the next 30 days unless it gets delayed again. The announcement was just made over at HTC’s Facebook page.

This isn’t really big news, although users of the Thunderbolt have been begging for the official Android 2.3 Gingerbread update for what seems like months already. While many HTC devices have already been updated to 2.3 the Incredible and Thunderbolt have been left behind. Last we heard the Thunderbolt build was delayed yet again, but then a few days later the official 2.3 Gingerbread build was leaked then another the next day.

Then we have the DROID Incredible, we’ve been hearing different things about its update status for a month or so now. Originally a employee misspoke and said it would not receive Gingerbread but that was quickly corrected. We saw initial reports that the Incredible was getting the OTA to 2.3.4 a few weeks ago but that was quickly delayed too. It appears HTC has been having a few issues with these updates but that is probably because they are also adding the new bootloader unlocking into the updates.

Most likely both devices will get updated to Android version 2.3.4 but we can’t know for sure although the Incredible leaks suggest exactly that. You can download the 2.3.4 Incredible build here, and the Thunderbolt builds are linked to above, or just wait for the official update coming in the next 30 days or so.