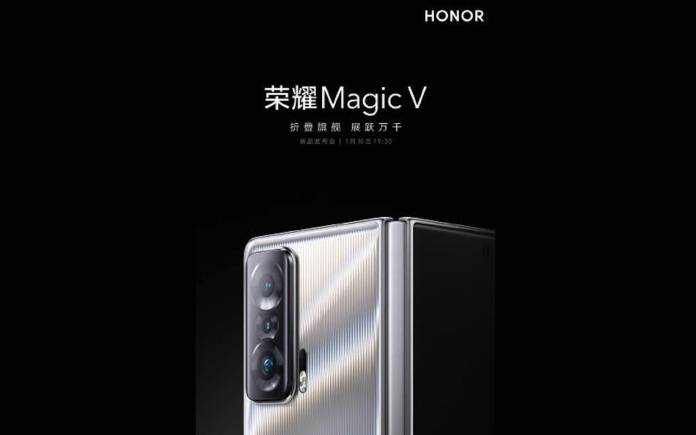 An Honor foldable phone will soon enter the mobile market. We’re certain of that now after several months of rumors and leaks. Honor has worked on the upcoming phone which we believe will bear some similarity to the Huawei Mate X series. It will be the Honor Magic V phone and not the the Magic X as we previously mentioned. It is set to arrive with a book-like design with premium specs and features.

The Honor Magic V will probably run on a Snapdragon 8 Gen 1 processor. We’ve been saying it will be the fastest foldable phone yet in the market. It will boast a 50MP primary camera and a 120Hz foldable screen.

We now have a date for the official launch: January 10. The new flagship foldable smartphone from the Chinese OEM will be revealed next week as shared on Weibo. With its release, it can compete with the Samsung Galaxy Z Fold 3 and even the rumored Xiaomi Mix Fold 2.

Samsung is believed to have started working on the Galaxy Z Fold 4. Microsoft could also be working on a tri-fold phone as per a patent. There’s also the recently announced OPPO FIND N foldable flagship, TCL Fold, and that Vivo rollable phone. We’ll start counting the days until the Honor Magic V fodalble phone’s big reveal.