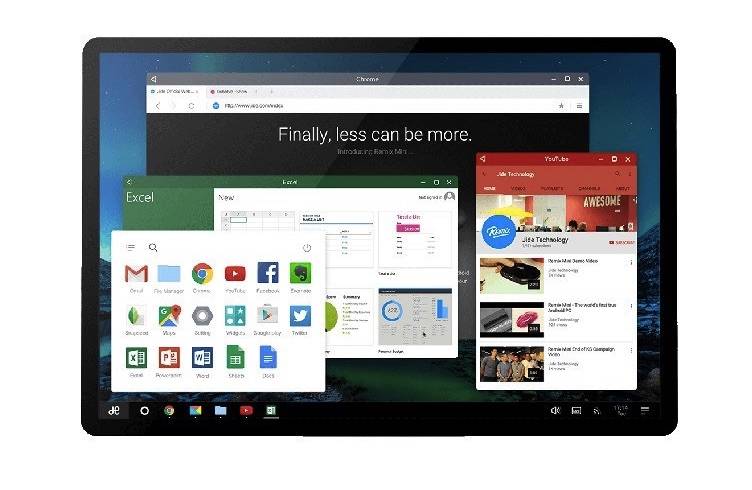 We heard that Android N may feature Freeform Windows mode. Based on the code being analyzed by Android developers, the next mobile OS has some reference to ‘Enable freeform windows’. The next Android could be showing apps in floating windows that are resizable. Similar to a desktop OS, the “freeform windows” could be resized, maximized, or closed as we previously mentioned.

Our friends over at Ars Technica recently published instructions on how to activate the Freeform window mode as shared by a reader. With this new feature, the mobile OS is getting closer to becoming a desktop-ready version. We know Google won’t be making a desktop version (at least not yet) but several elements are pointing to an Android desktop mode.

The Internet giant has been rumored to be merging Android and Chrome (Google’s desktop OS) but Google has clarified that Chrome OS is not going away. The two won’t be merging so let’s hope for a close to desktop-ready Android and this Freeform windows mode could just be the beginning. If you’ve tried Remix OS, this is somewhat similar.

The Freeform windows mode should be able to work on both smartphones and tables. This feature can be revolutionary because this means the Android mobile OS are more powerful. The more customization powers are given, the better for any user.

*Note: Make sure the Android N-powered device comes with an unlocked boot loader. Have a computer loaded with Android SDK Tools and is fastboot ready.

(1) Flash a custom recovery like the TeamWin Recovery Project (TWRP). Search for device, download appropriate image file, and put it in the same folder as the SDK tools.
(2) Restart device into fastboot mode by holding Power + Volume Down until the fastboot screen shows up.
(3) Plug Android phone into the computer, open a command line to your directory, and type “fastboot flash recovery [name of your TWRP image]”.
(4) Boot smartphone into recovery mode using the volume keys to scroll through the menus until you see “recovery.” Confirm by pressing Power.
(5) Once inside custom recovery, mount the system partition as writable. In TWRP, press the “Mount” button and check the “System” box.
(6) On your PC, open an ADB shell (open a command line, type “ADB Shell,” and hit enter), type the following and hit enter after each line:

And you’re done! Freeform window mode is now enabled. A new square button should appear on each item beside the “close” button while on the Recent Apps screen. Clicking on the new button should bring up the window mode.