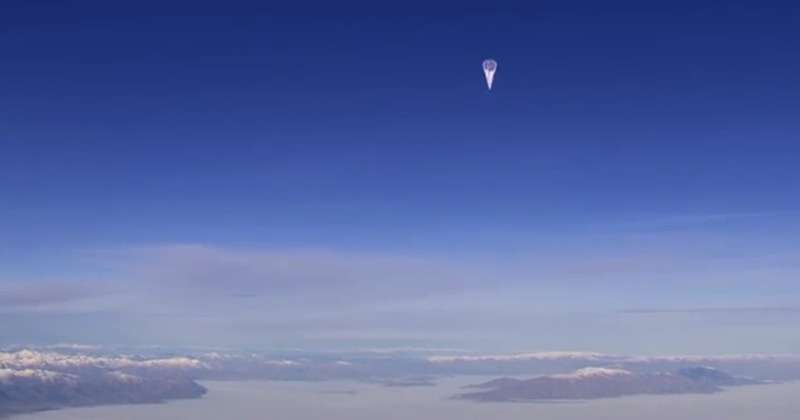 Google’s Project Loon first took flight in August 2013 from California and it has since been flying with colors. This project was first aimed to bring WiFi connectivity to Africa. As we all know, Google is serious about its plans to launch WiFi in emerging markets especially in developing countries. Meanwhile in the United States, Google is expanding Fiber to more cities. There’s also that rumor that a cellular service is in the works and some more details about the Google Carrier project being leaked. All these information prove to us one thing: Google wants to bring Internet access to everyone.

That has always been one of the goals of the search giant. It may be a difficult feat but a large company as Google has so many resources that it’s not impossible. The Project Loon was successful in New Zealand where it actually test launched in June 2013 (ahead of the US launch). With the several launch flights like the one in Australia, the Google Project Loon team led by Mike Cassidy, has started to ask bigger questions how this effort can work for everyone. Specifically, the team asked this question:

How do you manufacture enough balloons to be able to provide coverage anywhere in the world and then launch them and control them so that there is always a balloon overhead to provide connection to the user on the ground?

Project Lead Mike Cassidy has tried to show what the team is up to now. In a video recently published, he narrates how the Project Loon team has been working on the challenges. Behind-the-scenes footage of the Project Loon give us a glimpse of their hard work and how innovative these Google employees are.

Google wants to bring Internet to people who don’t have it using high-altitude balloons. As a response to the many questions, the tech giant has finally started a manufacturing system able to create thousands of balloons in a short a mount of time, a mission control to track the balloons, and an operations teams that could launch every piece and identify where it’s going down.

Google has finally figured out how make the balloons durable and long-lasting. Before, a balloon would only last for hours and then days but now, one balloon could last over a hundred days. It used to take Google three to four days just to tape a balloon but with the system, they can now prepare a balloon in just a few hours. Google even acquired the Titan Aerospace to help Project Loon fly higher and longer.

It also used to be one balloon launch a day but the Project Loon can now launch dozens a days for every crane they have. Now, the balloons are program in an automated fashion so once is replaced when one goes down. Thanks to a mission control team setting up a complex choreography where they can optimally position balloon units where internet coverage is very much needed.

Google usually partners with local telcos and uses LTE to bring Internet connectivity to more people. In New Zealand where the project first laumched, Google has partnered with Vodafone. It’s amazing how Google set up an advanced system that now allows higher data rate and steerability. Google has even tried launching balloons in the tropics and the arctic. Proudly, the Project Lead said they’ve come “close to the point where we can bring internet to everyone around the world”.

From small scale to a bigger scale, looks like Project Loon is really ready to bring Internet access for everyone not just in America but all over the world.