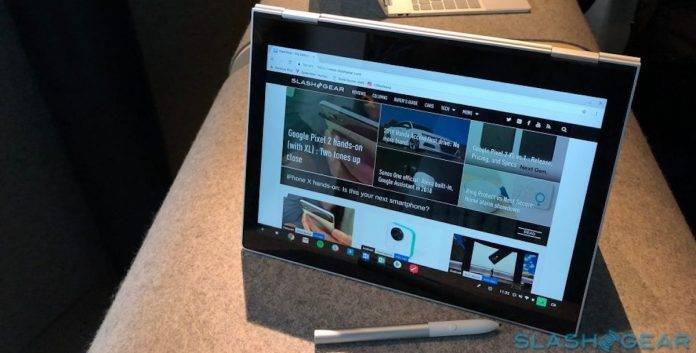 The original Pixel C tablet and laptop in one was launched a couple of years ago and was followed by the Chromebook Pixel.  They are now due for a follow-up. We knew Google was preparing something new when it filed a patent for a new Pixel laptop notebook which we’ve been saying is the Google Pixelbook. D-day has come and now we’ve got hands-on images of the device that comes with a special stylus simply called as the Pixelbook Pen.

This new Google Pixelbook runs Chrome OS that already supports Android apps. Not that the idea is new but this one is developed more for Google apps. It comes with built-in Google Assistant so you can just say “OK Google” and it will do your bidding. You can use it as a laptop for basic computing or use it in tent mode if you want to watch videos.

The Pixelbook Pen that comes with it was developed by Wacom. It boasts of 2,000+ levels of pressure sensitivity, and 60-degree of angular awareness. There is a 12.3-inch touchscreen panel topped by a Quad-HD LCD display with 2400 x 1600 pixel resolution. The device is thin at only 10.3 mm but looks sturdy and durable with its aluminum casing. Other features include a pair of USB-C ports, volume rocker, headphone jack, dual speaker system, and four mics. It is powered by either a 7th Gen Intel Core i5 or i7 chipset, 8GB or 16GB RAM, TPM Chip, and 128GB/256GB/512GB Solid State Drives. 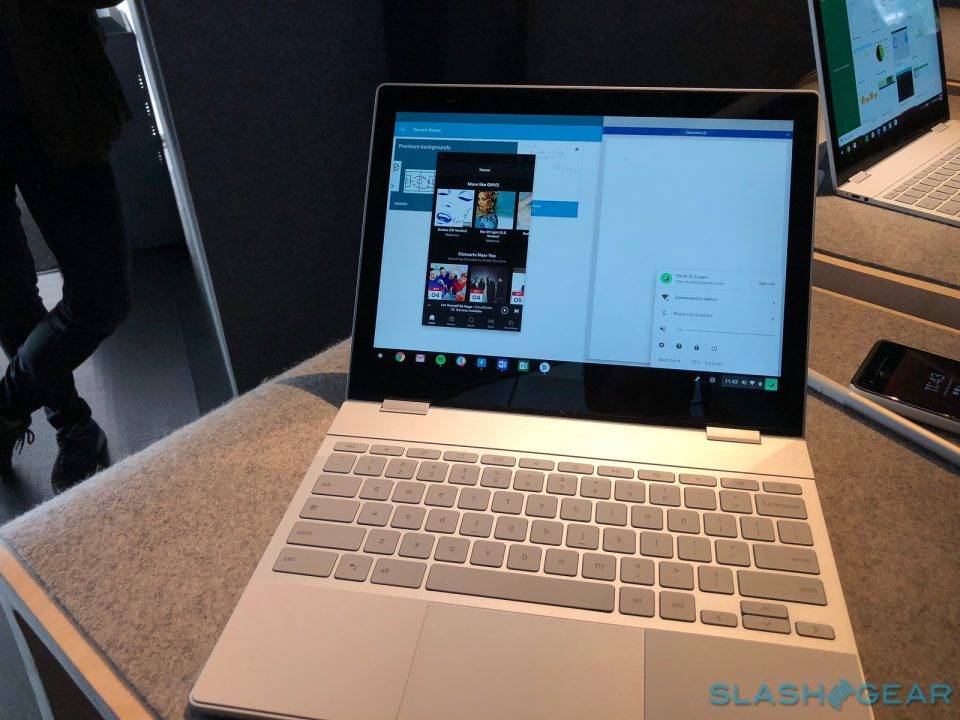 You can say the Pixelbook has the premium look, feel, and touch. That is not surprising because previous Chromebook Pixels are high-end. This is no different but it’s better, faster, smoother, and more powerful with the Google Assistant. As for the keyboard design, it’s the same as with the old Chromebook Pixel.