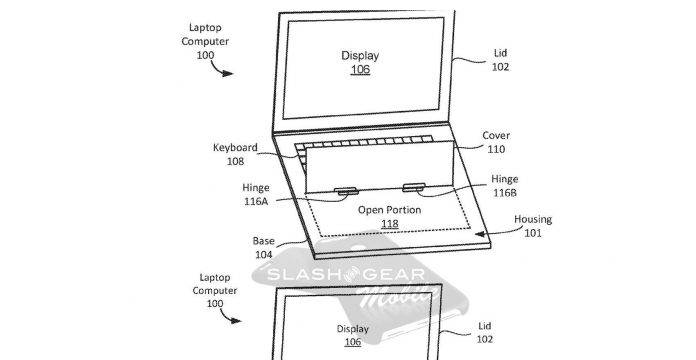 Google may be rolling out a new Pixel C. That is if we are to believe this recently sighted patent filing on USPTO that pertains to a new notebook that can be transformed into different devices. Well, it’s mainly a small laptop and tablet in one form but the next-gen Pixel C model is expected to be more powerful than ever.

The “computer” will have a display, lid, hinge, cover, and an open portion. Looking at the illustration, there is a section that can be covered and opened. We’re not sure what that is but it could be just a stand where you can prop the tablet upright. It can also be a cover for the laptop keyboard.

The open portion could be where the trackpad is. The area also houses the Fingerprint Sensor and Wireless Transceiver as some of the basic components. There can be NFC connectivity but it isn’t confirmed yet. We’re just glad to know that Google is working on one.

The tech giant may or may still not release the item yet for different reasons but we remain hopeful a new Pixel device will be unveiled. It’s something long overdue and we just want the Pixel line to stay alive.