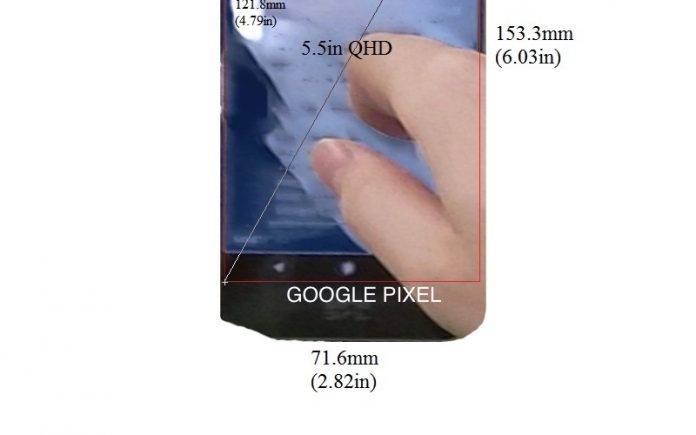 We’re this close to being certain about the Google Pixel and Pixel XL after seeing the rendered images online and learning some information about it. So far, we heard it will launch with Android 7.1 Nougat and will have Sony IMX sensors. Nothing much to say about the new images that popped up but the Pixel XL is said to have a 5.5- inch QHD screen with these dimensions–68.5mm x 153.3mm x 71.6mm.

We’re still not tagging this as confirmed or official though. What we’re now sure of is that the Pixel C will no longer be alone. The Nexus line may be gone but Google’s Pixel series has potential. It’s more of a high-end line with the premium design, build, and specs.

With this shift, the Nexus Launcher is also now believed to be called the Pixel Launcher. This also means every change will have to be related or will depend on Google’s next move.

The Pixel XL and the plain Pixel will be manucfatured by HTC. There’s also that rumor about the possible launch date as shared by Telstra. Actually, an October launch is not really surprising because Google usually makes a big announcement at such month.

Check out some of the images of the Google Pixel we’ve seen so far: