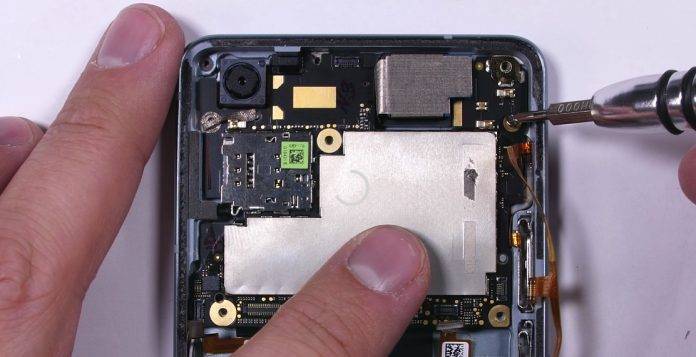 Earlier this week, we saw the Pixel 2 XL get the teardown treatment from IFixit. It’s time for the Pixel 2 to be opened and thank heavens for Zack Nelson for doing it. JerryRigEverything already managed to do a teardown analysis of the smaller Pixel 2 and he’s saying that “it’s actually kinda cool”. As to how cool it is, let’s just watch the video in full below.

We’re particularly interested in this one now because this week hasn’t been good for the Google phone what with the clicking sound issue, blue cast on the Pixel 2 XL, and the screen burn-in.

The Pixel 2 XL is discovered not to be easily repairable. We want to know if the Pixel 2 is the same and looks like it is almost the same.

This phone looks a lot similar to the first-gen Pixel. It is easy to open for a flagship device. A large suction cup is enough because there is not much glue inside. Even without any heat, the phone can be opened with a simply pry tool and some pulling. It doesn’t need much heat because the adhesive can be softened easily.

What’s initially noticeable is the waterproofing around the dual speakers. It is good so you know water won’t easily seep inside. Once the screen is removed, you see a ribbon cable that holds the screen to the body.

After carefully removing the screen, you see numerous screws that hold the silver bracket over the screen plug. Lift up the whole mid-frame and you further see more components exposed.

The usual components are there but what we find more interesting is the waterproofing around the USB-C port. There’s some presence of a rubber ring that obviously prevents the water for getting inside. We can say the phone has a high rating of proofing and yet it still is easily repairable. It is easy to open because the adhesive isn’t as strong.