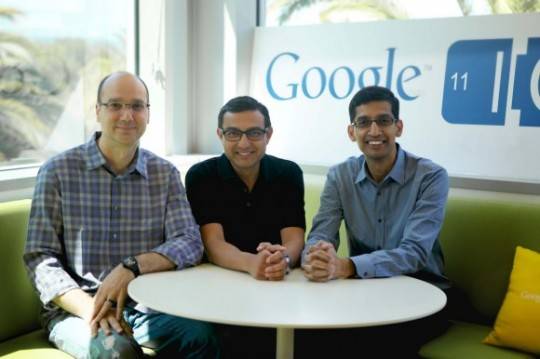 The biggest Google event of the year, Google’s I/O developer conference has just been announced for 2012. It will be held on April 24-25th and will most likely be just as amazingly awesome as the last. Hopefully this time around we get a bigger stage because tickets sold out in less than an hour for I/O 2011. It will take place at the Moscone Center West in San Francisco, California. Just in time for Easter you bet we’ll be seeing plenty of hidden eggs and special treats from the G-men.

Details are still a bit scant and we have no idea what to expect this early, although we learned of Ice Cream Sandwich last time, which is finally being revealed tomorrow. No details were given regarding when registration or ticket sales will get started but like I mentioned above, they sold out fast last year and I’m assuming will only go quicker next year. We were live at I/O this year and indeed will be again next. You can expect to see plenty of awesome news from the teams at Google. Here is our I/O 2011 Keynote 1 recap.

From Android Ice Cream Sandwich, Google Music BETA, the new Chromebooks and more, last time around Google had an awesome event and I’m just as excited for next year. If you’d like to see ALL of our coverage from the past then head to our Google I/O portal, then check out that awesome Ice Cream Sandwich logo.

Google gave a Chromebook to all 5000 developer attendee’s at I/O 2011, what will they give everyone next year? Don’t forget to save the dates and set your alarms, we sure wont.