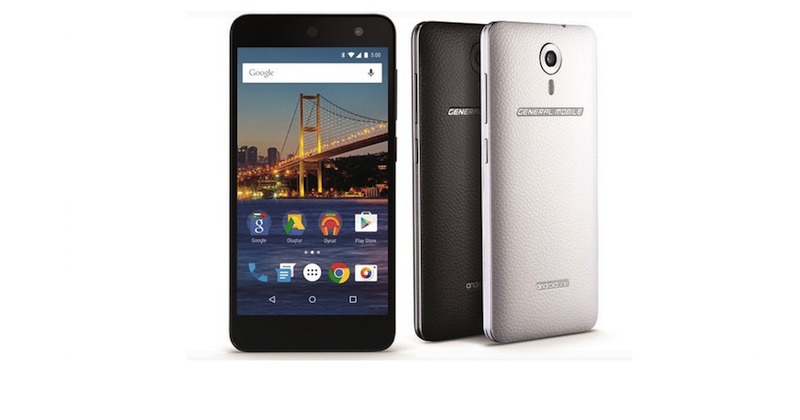 Android One, Google’s special version of the mobile platform for developing countries and for those buying their first smartphone, is finally available in Turkey. This version of Android is closer to stock Android which means there’s less vendor-specific features and modifications we usually see on devices brought from different carriers.

So far, Android One is available in six countries in Asia. The platform has already launched in the Philippines, Sri Lanka, Indonesia, India, Nepal, and Bangladesh. Google aims to bring more smartphones to the rest of the world–all high-quality and running Android One. Only less than a year after its launch in India, Android One is set to take on Europe and with Turkey being the first recipient in the region.

General Mobile 4G measures only 140.5 x 69.75 x 9.3 mm. Design-wise, it looks like any standard smartphone in the market today but I’m not sure about the faux leather back cover. Phone is currently listed with a $260 price tag and will be out in the market starting May 15.