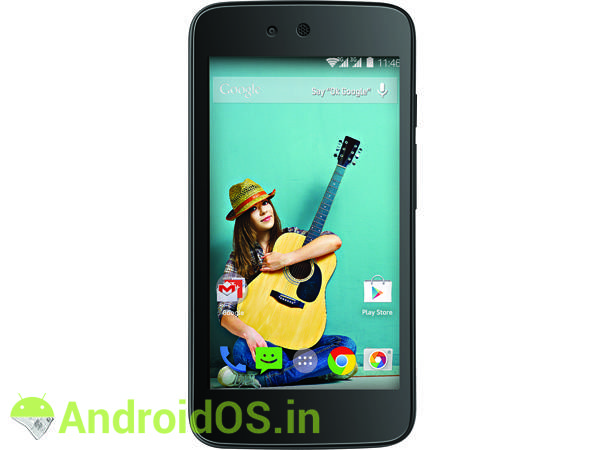 When Google initially announced the Android One concept back in June, there was much anticipation to see how they will be able to develop reasonably priced but more than decent smartphones with emerging markets. There hasn’t been much news about it since then, until now when India’s Spice is set to launch the first Android One device and details have been leaked ahead of the official announcement.

The 4.5-inch dual-SIM smartphone with FWGA display will reportedly run on a 1.3GHz quad-core MediaTek processor and will have 1GB RAM and 4GB of internal storage plus a micro-card slot. It will also sport a 5MP main camera that has an LED flash, while the front-facing camera will be at 2MP. It has a 1700 mAh battery and will be supporting the latest Android 4.4.4 software. It will reportedly be called Spice Dream UNO, based on a listing that appeared in online selling site Flipkart.com, which has since then disappeared (but of course someone has post a screenshot already). 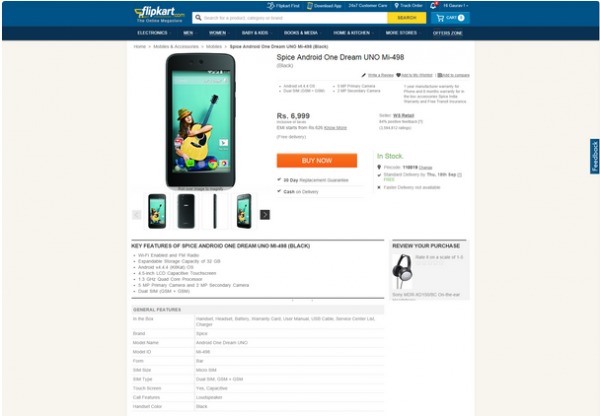 While the specs don’t seem much, you have to remember that the Android One program was meant to develop affordable smartphones for markets like India where majority of the public would not really spend all that money on the more expensive brands. But Google developed the program to be able to provide approved local carriers manufacturers with a turnkey solution, giving them not just a list of vetted specifications, but also closely monitoring the production to ensure that they will meet the same quality standards as the Nexus smartphones. 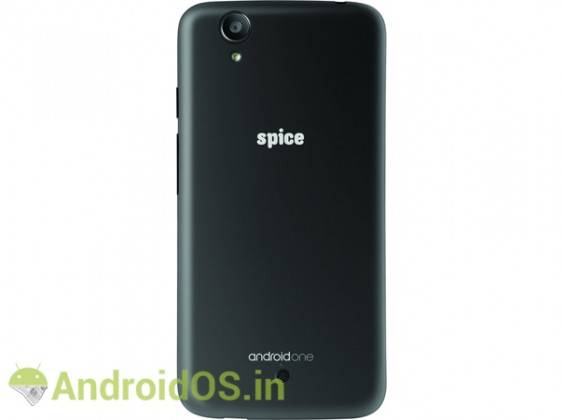 The first Android One smartphone will reportedly be priced at around $115, which is a little over the target price, originally below $100. There are two other devices to be launched alongside this in India, which is the world’s second most populous country. No details leaked yet on the other two, but expect all to be revealed when it is launched on September 15.