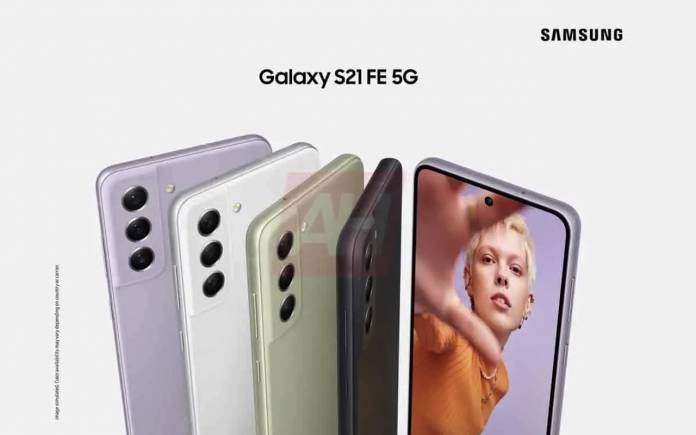 The second half of 2021 may be mainly all about the Galaxy Z Fold 3 and the Galaxy Z Flip 3 but Samsung still has the Galaxy S21 FE. There won’t be the Galaxy Note 21 but it may be followed by this Fan Edition. The variant is also now in danger of being delayed or cancelled but now we’re learning about the possible colors. There will be four: White, Light Violet, Light Green, and Gray. A black version may not be available this time. It appears the upcoming Galaxy S21 FE will be colorful just like the Galaxy S20 FE last year.

The Samsung Galaxy S21 FE is basically a new version of the regular Galaxy S21. It will have almost the same specs and features but more affordable. The camera bump may be not as pronounced. Instead of a metal back panel, the material will be plastic.

The phone is expected to run on a Snapdragon 888 5G processor although another rumor has it an Exynos versiol will also be introduced. It may come with a 6.5-inch 120Hz screen, 8GB RAM, and 128GB onboard storage. The same camera system will also be used: 12MP wide + 12MP ultra-wide + 64MP telephoto lens.

The Samsung Galaxy S21 FE isn’t cancelled–not yet. However, launch may be later this year. An October launch is possible which is the same as the Galaxy S20 FE’s release in 2020. Only limited markets may receive the smartphone mainly because of the chip supply problem.

The Galaxy S21 FE could also be unpacked in August. But then we doubt Samsung wants to share the spotlight among a number of premium flagships. We’re betting more on another Unpacked event solely for the Samsung Galaxy S21 FE. We can say now a Q4 release is highly possible.

Samsung may be using its own Exynos chip instead of Snapdragon. Samsung is believed to be seriously considering the Exynos so the Q4 schedule will be achieved. The original plan was August but because of the chip shortage, it’s not happening.

Samsung isn’t cancelling the Galaxy S21 FE but it’s going to make a number of changes. Using Exynos instead of Snapdragon from Qualcomm will have an impact on the Galaxy S21 FE’s performance but perhaps the difference may not be that obvious.

Samsung can’t do anything with Qualcomm’s struggle to deliver Snapdragon processors. What it can do is use its own Exynos which isn’t bad at all. But then there are people who prefer Snapdragon over Exynos even in South Korea.