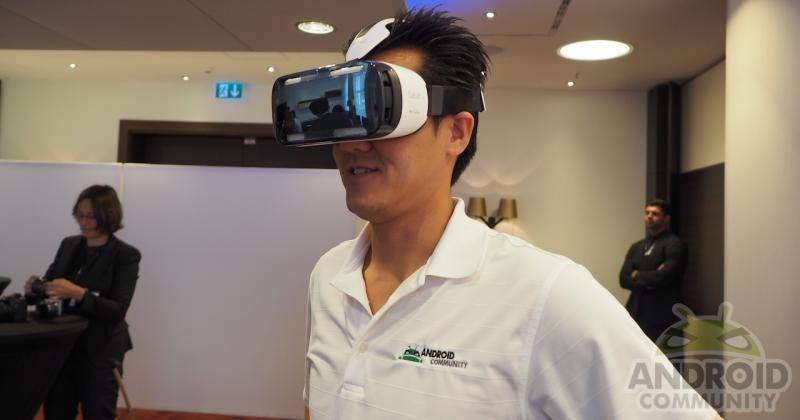 Let’s take a break from smartwatches and smartphones for a while and focus our attention on Samsung’s Gear VR. The virtual gaming headset has yet to make big waves in the tech industry but there is certainly potential. Few exciting games have already been announced like the Temple Run VR, Darknet, and Land’s End.

Samsung and Oculus haven’t fully released the Gear VR/Oculus Rift for consumers but the two are expected to release the gaming headset within the next release cycle of Samsung–definitely happening this year and perhaps alongside the Galaxy Note 5.

John Carmack, CTO of Oculus VR, said at this year’s Game Developer Conference that “the official formal strategy is that Oculus goes big, full consumer on Samsung’s next release cycle.”

The Samsung Gear VR now available is the Innovator’s Edition ideal for developers and early adopters so don’t expect too much from this version. Right now, the Gear VR works only with a Galaxy Note 4 but we’re hoping the next generation, the Galaxy Note 5, will also work with the gaming headset.

Should we expect a Samsung Gear VR 2 with a Galaxy Note 5 or perhaps the latest Galaxy S6 or Galaxy S6 edge? That’s highly possible since Carmack suggested Oculus is going big this time.

Carmack also hinted on a possible PC-mobile VR headset experience someday. Now that’s more exciting since that could mean more people would be able to enjoy the Gear VR. Limiting the virtual gaming headset on a few smartphone models may not do Samsung and Oculus good. Opening this virtual gaming technology to computers and possibly more devices will make it a big winner.

We’re not sure when this Gear VR for PC will become a reality but that’s a very cool idea. What do you think? The possibilities are just endless!