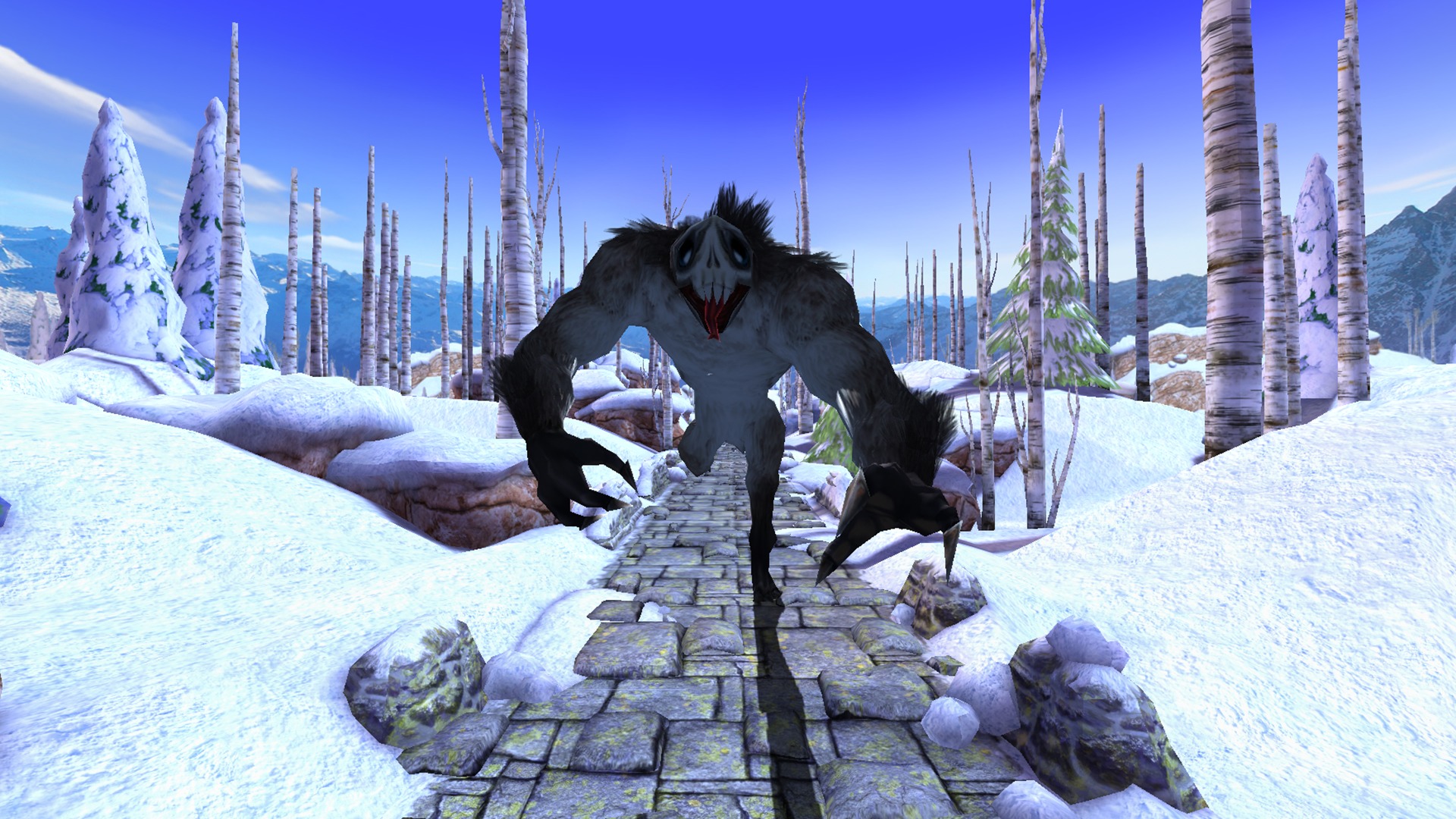 We already know that one of the first few games being prepped for the Samsung Gear VR is Imangi Studio’s Temple Run VR. The game is finally available for the Innovator Edition of the wearable gaming headset. Game is free to download so be prepared for some endless running and experience a thrilling journey of the arctic wilderness. It’s the first of its kind for the virtual gaming headset but we don’t doubt more similar games would soon be developed.

Gameplay is almost the same as the original–the main character endlessly running through the icy mountaintops. Avoid the Arctic Demon Monkeys, jump between those alpine cliffs, cross the frosty footbridges, and dodge patches of snow and ice. This game is taken into the virtual reality world for a more realistic experience.

Imangi Studios worked closely with both Samsung and Oculus to bring Temple Run VR to the Gear VR. Virtual reality technology is still in its early stage but it has a lot of potential. For now, only the developers and a few who’ve got their hands on the Gear VR (powered by a Galaxy Note 4) can enjoy the game. You may download the Temple Run VR game from Oculus.

Aside from the Temple Run VR, more virtual reality games will be available. Climax Studio recently announced the arrival of the VR game entitled Bandit Six–a World War II-themed game where players are in charge of a turret on a bomber plane. Goal is to protect the plane from the enemies who are trying to take down you plane.