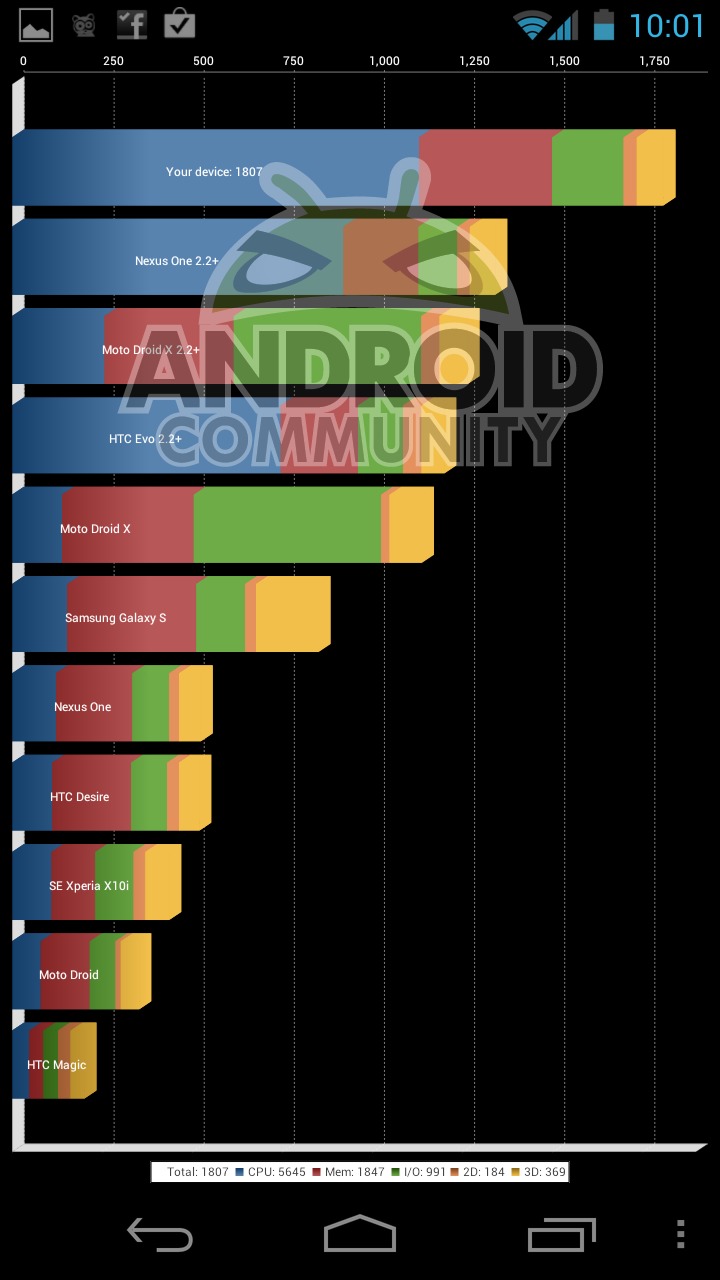 In case you hadn’t noticed, we’ve got a Galaxy Nexus in the house. We’ve been busting our collective humps to get you as much information as possible about the new hardware and Ice Cream Sandwich, and our latest effort is n that all-important and relative statistic, CPU and GPU benchmarks. If you want to get to the goods right away, you can hit the gallery at the bottom of this post.

So, how does the Galaxy Nexus fare? Well, there’s good news and bad news. The good news is that it’ll beat many of the current phones on the market… the bad news is, it won’t beat them all. The Galaxy Nexus scored between 1800 and 2140 on the Quadrant benchmark, which is respectable, but nowhere near what some other phones are getting these days. For example, the T-Mobile version of the Galaxy S II scored a scorching 3915 when we reviewed it, and the Skyrocket on AT&T got almost 2500, both of them using dual-core processors. The quad-core Tegra 3 is putting up mind-blowing numbers on the Asus Transformer Prime. 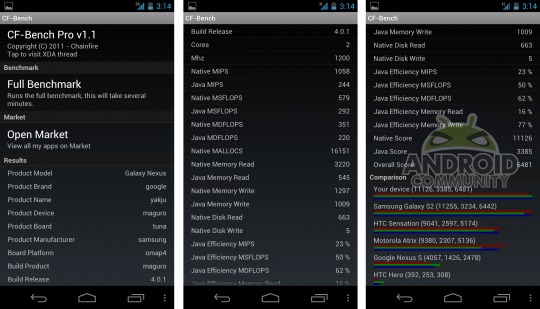 So why is the Galaxy Nexus looking pokey in Quadrant and other benchmarks? The obvious answer is that Ice Cream Sandwich is using a lot more hardware power than the Gingerbread phones that came before it. ICS has more in common with the tablet-centric Honeycomb than previous versions, and the visual goodies and enhanced features are likely squeezing top-end hardware for all they’re worth. What does this mean for users? Well, from everything we’ve seen, the ICS interface and most apps do just fine. But a deceptive as hardware benchmarks can be, it’s hard not to think that the Galaxy Nexus will be noticeably slower running high-performance games and Flash video, at least until the first round of updates. 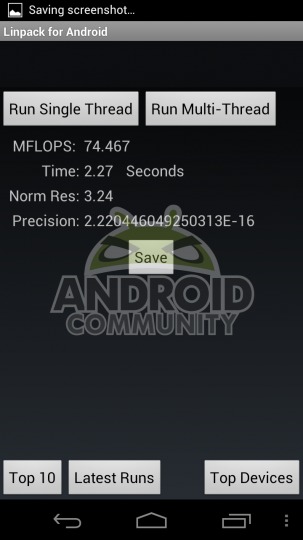 We’ll be sure to put all the relevant software through its paces for our final review. In the meantime you can check out the other benchmark results in the gallery.