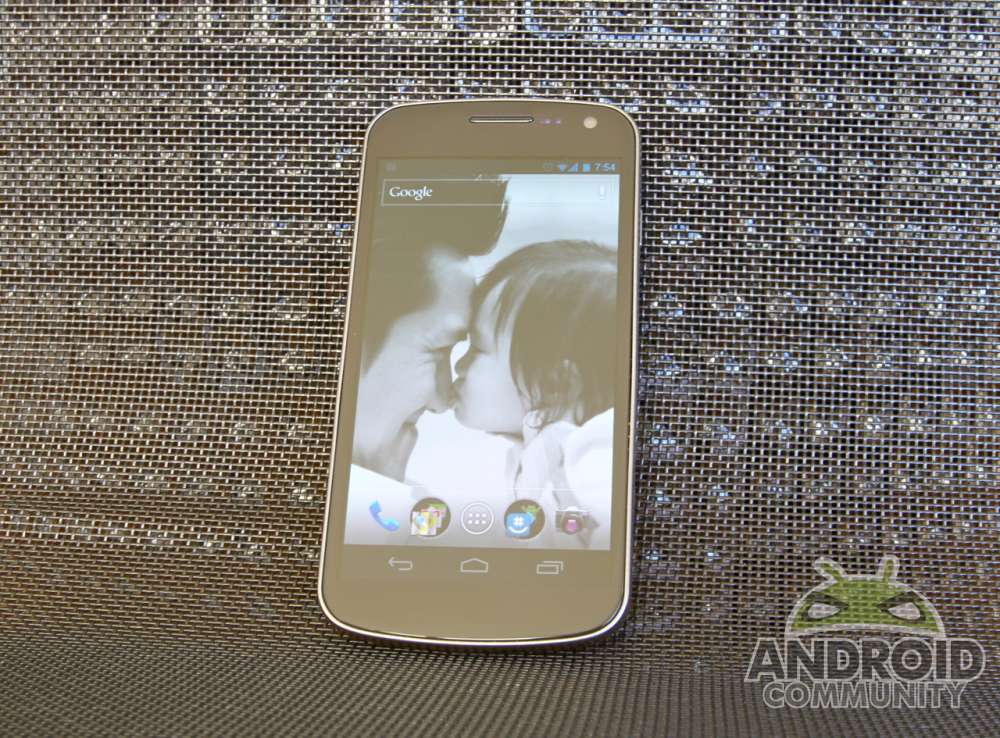 This week we get the privilege of handling not only the newest device in the Samsung portfolio, complete with curved front display at a resolution not yet seen on a Super AMOLED touchscreen, we get to experience the newest version of Google’s mobile OS: Ice Cream Sandwich. This is the 4.0 version of Android and is the most significant refresh for Android since FroYo. Have a quick peek and you’ll think it’s Honeycomb for handsets, but you’ll quickly realize that this is a combination of all the good points, plus a bunch more new, of Androids past. Have another peek at what this newest flavoring is all about.

The app switcher is the first thing one might recognize here on the Galaxy Nexus running Ice Cream Sandwich since its recognizable from Honeycomb but hasn’t yet appeared on handsets in a form that’s equitable. In other words, we’ve seen some imitators in the custom ROM front, but nothing as nice as this. You’ll be able to tap and hold a thumbnail to remove it from the list or open its info. This is essentially the same info you’d have gotten if you headed to your Android Applications in your settings, just much more simple to access here. Holding down in a similar way on any of your first five home panels only brings up a wallpaper here where before, most notably in Samsung’s iteration of Gingerbread on their Galaxy S II line, you were given a plethora of options including Widget additions, App shortcuts, and the like.

Instead you’ll be adding apps and widgets much in the same way you did with Honeycomb, heading to your apps menu and finding what you want then holding it down to see your pages where you’ll place it thusly. The app menu scrolls horizontally, not vertically, and the placement of elements is again very reminiscent of what we’ve seen in Honeycomb for tablets. 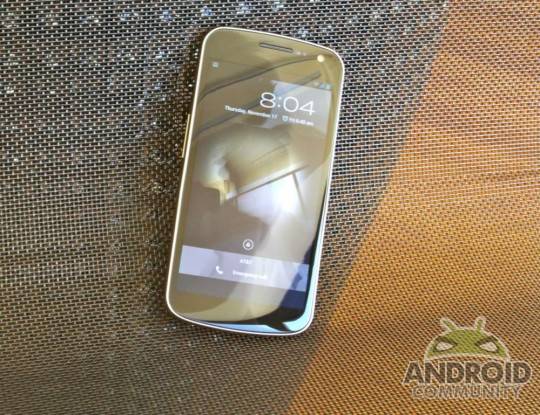 For the facial recognition bit of this equation, you’ll be letting the device see you for a few moments so it might “learn” your appearance. We’ve seen this system fooled once or twice already with photos of the person in question, namely you, but we expect updates to this feature soon after launch. If you do end up not being able to get in to your device with the face unlock feature, you’ve still got your PIN or security pattern unlocks to work with. Once inside, you’ll find voice transcription in many places, this leading you to perhaps feel like you’ll never need to use that pesky ol’ keyboard again. 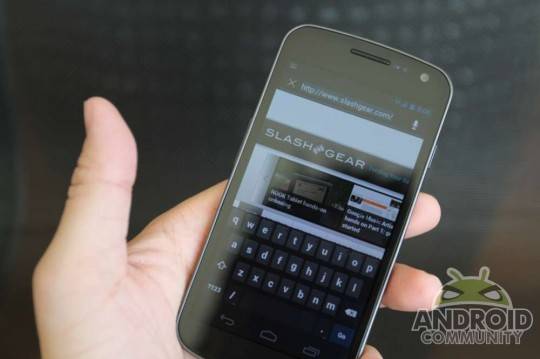 Real-time voice transcription appears to be working right around 90 percent of the time, with some of my thick Minnesotan accent not quite being understood for certain slang words like “hella”. Of course we’ll see how this all works out when the device continues to learn my pattens and whatnot. There’s also in-line spellcheck and a few more nice new editing tools to keep you typing should you be in a place where you cannot speak aloud. 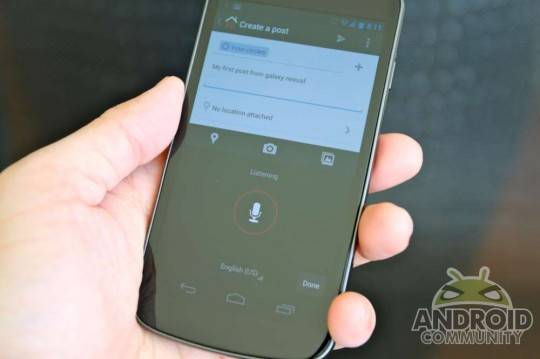 This version of Android is the first to feature what I’d consider more than enough out of the box features and apps without the additional need for downloads. Image and video editing can be done from the device out of the box, Filters, effects, red-eye reduction, and live video effects for video chat are all right here – say goodbye to third party editors. On the other hand, third party developers will have an easy time creating apps for this new environment as little to not modifications will have to be made for existing apps.

Here’s a quick glance at the boot and set up process for Android 4.0 Ice Cream Sandwich in case you’ve not seen it yet. This short video will give you an idea of what to expect once you finally can power up and enjoy your own.

This system is easily the most complete mobile operating system yet produced by Google, and we’re looking forward not only to giving you the full review on the Galaxy Nexus SOON, but having a look at this OS on a tablet as well.

Stick around on Android Community for more just around the corner!