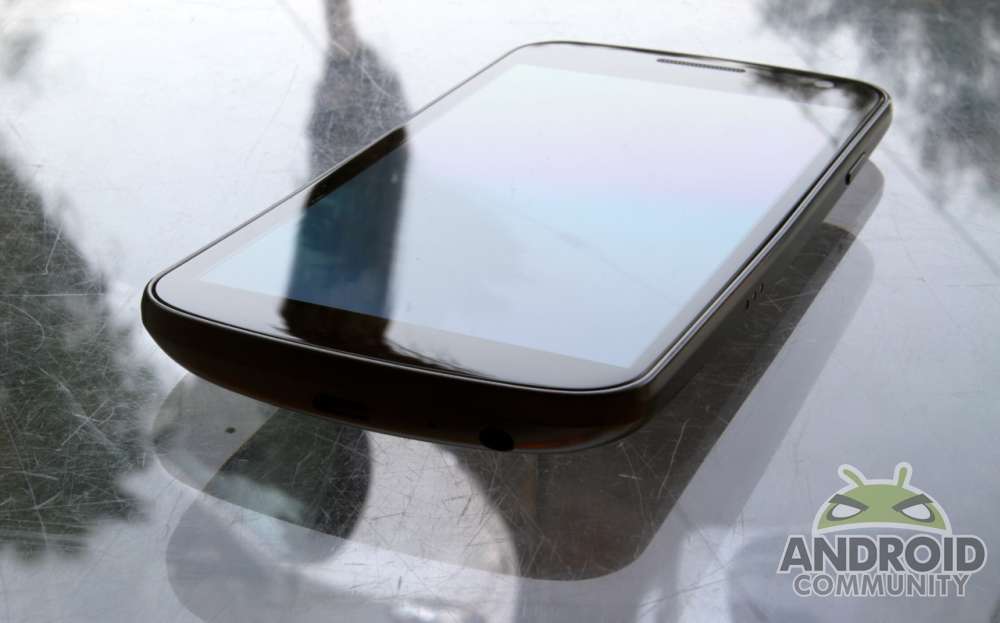 What we’ve got here is the Galaxy Nexus, Google’s hero device for their next-generation Android operating system version 4.0 Ice Cream Sandwich – manufactured by Samsung and made to exemplify the most basic flavoring of the next step in the software series. What you’ll find when you hold the device in your hands for the first time is that it’s essentially a cross between the most recent models of Samsung Galaxy S II and the last Google hero phone, the Nexus S, also manufactured by Samsung. Of course there’s little room for error with Samsung hoping to keep up their standing with Google and Google hoping to keep up their standing with you, the consumer, so what’s it going to be? You’ll find right away that this little monster truly takes the cake.

First have a peek at the unboxing video here and have a heart attack because it’s just like opening up the Pulp Fiction suitcase, essentially, then continue on below once you’ve stopped jumping up and down in addition to doing backflips:

It’s going to be difficult to not just do the whole review here right out of the box as it’s instantly evident how well made and obviously well-tuned this device and its operating system are, but I will have to keep this relatively brief so we’ll go through a few key points. First of all, the build is strikingly similar to what we’ve seen in recent Samsung devices like the T-Mobile Galaxy S II in its roundness on the edges and the AT&T Galaxy S II in the fact that the battery cover is basically set on the back of the device in the exact same way, allowing the camera lens and LED flash poke through with a slightly raised bumper at the bottom that contains the speaker. 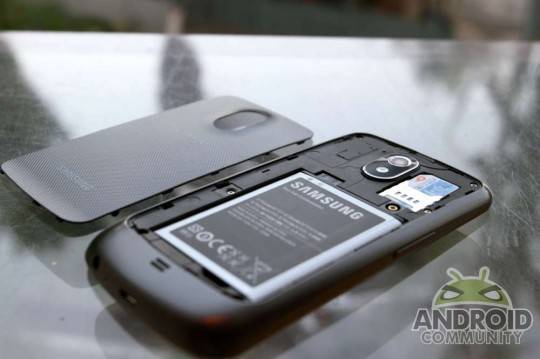 Also at the bottom of the device you’ll find the microUSB port where you’d expect it, right in the center, one mic hole, and a headphone jack. Both the headphone jack and the charging pins on this device are set in strange places, where normally we’d expect the jack to sit on the top of the device and the charging pins (of which there are three) to sit on ANY side that isn’t the same as the power button. But lo and behold, they are on the same side – we suspect that the charging dock has plans that don’t include you turning the device on and off while the Galaxy Nexus sits in peace. 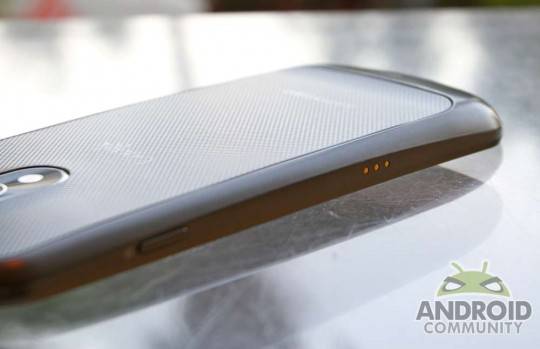 On the left side of the device you’ll find the volume rocker just as small as we’ve seen on recent Galaxy S II device, and on the top you’ve got nothing, nothing at all. On the back you should note that the camera is a 5 megapixel shooter capable of 1080p video at 30 fps complete with a single LED flash. This may seem like a small number, 5, in the face of an 8 megapixel army on the high-end of devices out there today, but we suspect that in addition to the fact that megapixels aren’t everything when it comes to image quality, this device has some connection to that specific size of camera in the software, perhaps in the way of how quickly it can snap photos (basically instantaneously.) On the front you’ll find a 1.3 megapixel camera for video chat, and your average earpiece, ambient light sensor, and proximity sensor are up there as well. 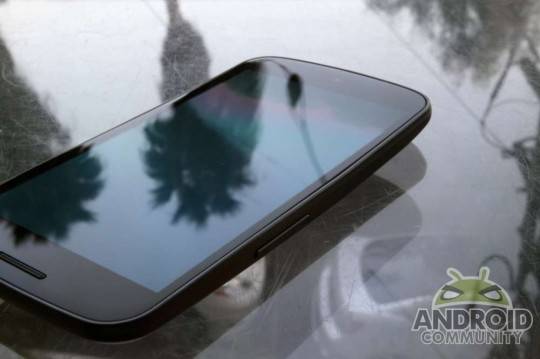 It’s important to note here that there are a couple other sensors inside, one of which has rare to never been seen on a smartphone in the past. See if you can guess which one it is: compass (magnetometer), gyroscope, and barometer. Want to take some weather readings from right there where you’re standing? Go ahead! 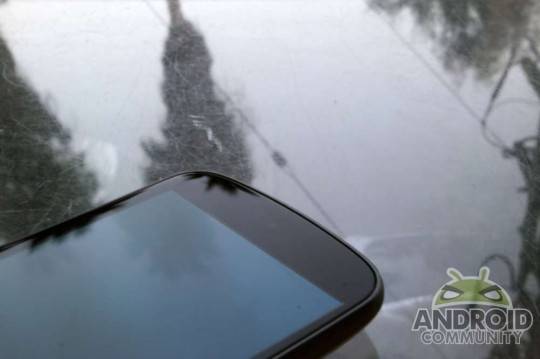 There’s a tiny multi-color notifications light on the front of this device hidden near the bottom in the blackness surrounding the display. We look forward to messing around with this light for all-night disco raves and to see when a new email comes in, of course. 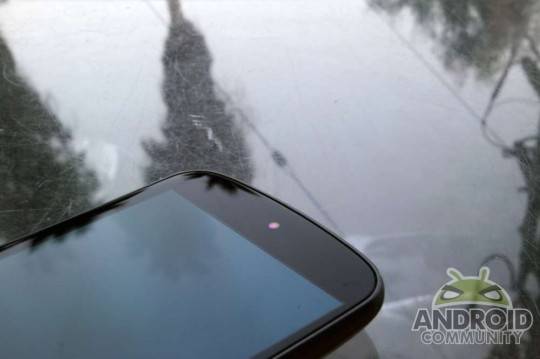 The display on this device is a 4.65-inch HD Super AMOLED at 1280 x 720 pixel resolution, aka 720p, if you like buzzwords. This busts even the largest competitors such as the HTC Rezound, what with its own 720p display coming up short in the brightness and perceived sharpness department even when compared to the lower pixel count DROID RAZR. The Galaxy Nexus easily has one of the best if not simply the brightest and the most sharp display in the smartphone world to date. 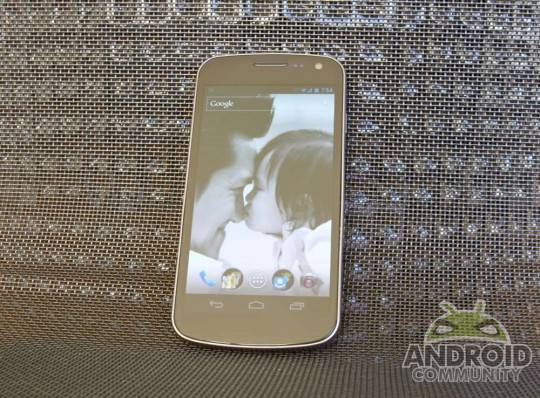 You’ll find no capacitive buttons here as Ice Cream Sandwich is built to not need them (though as you’ll find in the coming months, hasn’t compelled manufacturers to get rid of them entirely quite yet), and the interface is a whole new ballgame for Android. Here’s another peek at Ice Cream Sandwich:

The above video gives you another great look at ICS but we’ve also got the entire boot and setup process for you to enjoy. Here’s a quick glance at the boot and set up for Android 4.0 Ice Cream Sandwich in case you’ve not seen it yet. This short video will give you an idea of what to expect once you finally can power up and enjoy your own.

Note that we’ll be getting into that much more in-depth when our full review comes up soon. See you then!