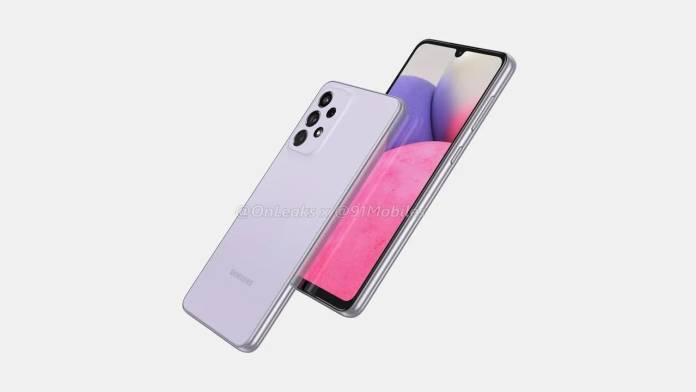 By next year, more mid and low-end Galaxy phones would come with IP rating. The first one could be the Samsung Galaxy A33, followed by other Galaxy A series models. While recent premium flagship Galaxy devices are ready with IP68, the next-gen Galaxy A33 5G may only come with IP67 rating. That is enough protection against water and dust from seeping inside the smartphone. This isn’t new as the South Korean tech giant previously tried adding water and dust resistance to most premium phones already but not for the mid-range A series.

The Galaxy A52 and Galaxy A72 did come with an IP67 rating. That feature made both phones different from other mid-range Android phones. More Galaxy A phones are said to get the same.

With the IP rating, the Samsung Galaxy A33 5G phone will be able to handle dust and water. If you’re out and it suddenly rains, your phone will survive. If you drop it in water up to a meter, it can survive even if it’s been there for 30 minutes. Don’t worry about dust getting inside because the phone is also protected.

IP67 may be a bit different from the IP68 protection of the premium Galaxy phones but it’s more than enough. Like any mobile device, you need to be careful with the Samsung Galaxy A33 5G. It won’t be exactly a rugged phone but it’s sturdy and built well.

The Galaxy A33 5G with an IP rating will be a worthy addition to the mid-range category. However, it may not come with a headphone jack just like the Galaxy A73 5G. That will really be a bummer for multimedia fans. But then again, that could be the next direction for Samsung–remove the 3.5mm headphone jack from mid-rangers.