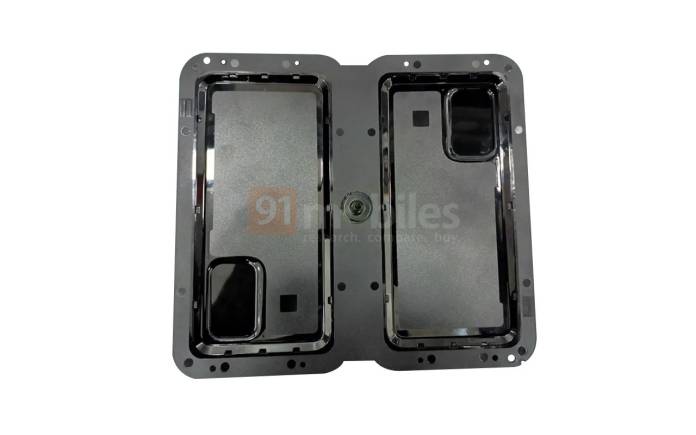 The Galaxy A33 5G renders was recently leaked. The first report showed us the possibility of the 3.5mm headphone jack being removed. Perhaps Samsung wants to keep the price even lower. That is a bummer for multimedia fans but we are still hopeful the South Korean tech giant will keep the feature. The new set of images we have here now shows a complete design. The phone is expected to be unveiled in early 2022, maybe after the Galaxy S22’s big launch.

The Samsung Galaxy A33 5G will come with a an Infinity-U screen, USB Type-C port, and a quad camera setup on the rear. The live photos are close to the final design. This could mean production has started or is about to start.

Samsung Galaxy A33 5G’s design will be similar to the previous model–the Galaxy A32. The Samsung SM-A336 model now shows a more rectangular rear camera module with four cameras and an LED flash.

The live photos reveal the SIM card tray on the top part of the device. There are cutouts too for the mic, bottom speaker, USB Type-C connector, power button, and volume buttons. A waterdrop notch may be used here as per previous renders.

The Samsung Galaxy A33 5G specs are as follows: a 6.4-inch Infinity-U screen, USB Type-C port, 159.7 x 74 x 8.1mm dimensions, and 5G connectivity. We still don’t see a headphone jack so that may really be unfortunate. Only a 5G-enabled phone may be introduced.