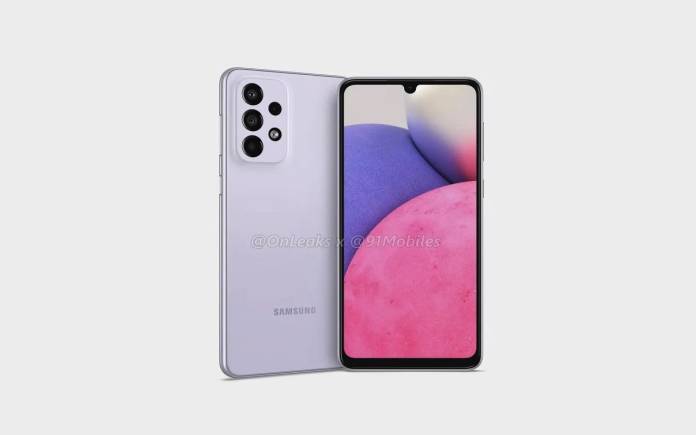 Samsung will never stop adding new features and enhancements to its many products and services. The year 2022 will start with the release of the Galaxy S21 FE that will be followed by the Galaxy S22 series. After those phones, more mid to low-end devices will arrive. We’re looking at new Galaxy A phones. Specifically, the Galaxy A33 is expected to be revealed. It won’t be just like any other mid-ranger from the South Korean tech giant because the company is set to apply waterproofing to the affordable phone.

Don’t be surprised with this decision. Samsung simply wants to keep its ranking in the world not only when it comes to premium flagship phones. The mid- to low-end category is something dominated by Chinese OEMs but Samsung still can compete.

Samsung will be expanding its waterproofing function to mid-to-low-end smartphones next year. That is a promise so expect the mid-to-low-end phone market to be more competitive than ever.

The Samsung Galaxy A33 is just one. It may be followed by the Galaxy A53, A53 5G, and A73 5G. Other upcoming Samsung devices will get the same waterproof function or IP rating.

We’re not sure what rating exactly but the Galaxy S21 came with IP68 rating. Meanwhile, the Galaxy Z Fold and Z Flip were introduced with IPX8. The IP rating for the Galaxy A phones may be lower but enough to keep water and dust from entering the unit. Let’s wait and see.