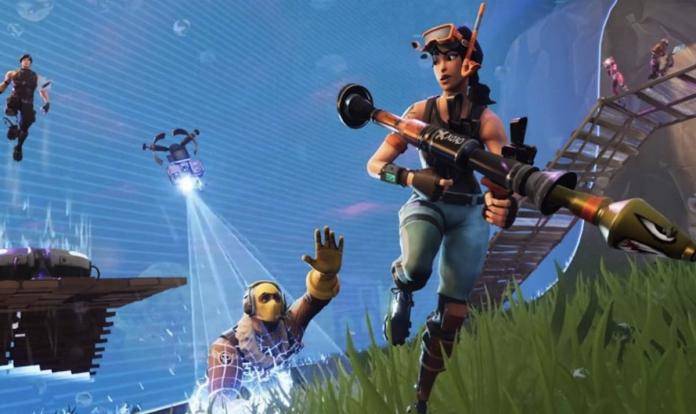 Again, we ask: What’s going on here?? Ever since we heard about Fortnite was finally coming to Android, different issues were heard from everywhere. We learned back in July the game that has long been playable on iOS was arriving on Android. Fortnite mobile for Android would be out soon and we iterated it would not be from any fake site. You see, a number of fake apps and websites popped up even before the official launch of the game.

A video of Fortnite Mobile for Android was leaked before the official Galaxy Note 9 launch and we quickly confirmed the Beta version would be exclusive to Note 9 and Galaxy Tab S4 owners as advance access. Fortnite Android beta for other devices would be ready from Epic Games after a few weeks.

The game was immediately available on the Galaxy Note 9 at launch when it was announced last August 9. We saw the hype over Fortnite Battle Royale even if it’s not available in the Google Play Store.

A lot of gamers were hopeful about the game but sadly the game didn’t live up to our expectations. Some people are experiencing performance issues and bad connections. Others are still facing those fake websites and ads. There are also reports of Fortnite’s Rifts being temporarily disabled, bugs on beta, and the possible ban of some Fortnite Android modders. For some players, there is that bug that gives them unlimited shields.

One of our main concerns is the idea that Fortnite Android installer can let hackers add malware. The issue is something Google has been forcing especially since Epic Games decided to bypass the tech giant by releasing the game outside the Play Store. We understand the risk and we’re crossing our fingers the developers release an official resolution.

The latest issue about Fortnite is related to the Samsung Galaxy Skin promo which is exclusive for the Note 9. New issues are being observed by a select group of possible consumers–employees of different retailers like Best Buy, T-Mobile, and Verizon among others.

Apparently, you can get that Fortnite Galaxy Skin even when you don’t own or buy the new Galaxy Note 9. There is a way around but as we would always–AT YOUR OWN RISK. You may or may not follow these steps to avail of the free Fortnite Galaxy Skin: Power on Note 9 or Galaxy Tab S4, launch Galaxy Apps, search Fortnite, install, open game, log in to Fortnite, and then play three matches. Once you’re done and you win a match, click “return to lobby”. Make sure you don’t get eliminated from a match.

It sounds like an innocent plan to get “freebies” but not many OEMs and retailers are happy so the gaming is believed to be being blocked by some. It shouldn’t be a big problem. In fact, these brands should take advantage of what’s been happening because it is promotion–all part of marketing.

Don’t be surprised if your download is blocked but don’t worry, there’s a way around. Follow these steps:

1. Go to Galaxy apps and download Fortnite installer.
2. Launch Fortnite.
3. Try to log in.
4. Phone will boot and delete Fortnite.

These are only some of the problems so far with the Fortnite rollout on Android. We don’t want to hear any more issues but we won’t be surprised if new owns are made public.