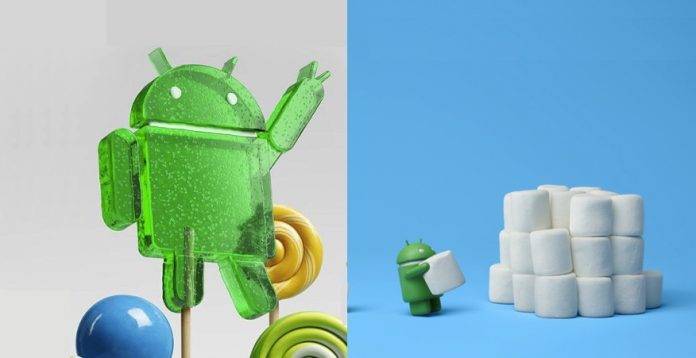 Lollipop is still King of the Android OS game but it will soon be taken over by Marshmallow. It’s something we’ve been waiting for since January as the gap between the two was closing. The sweet Lollipop has been on top of the Android game for many months now but even if the fluffy Marshmallow and the chunky Nougat were out, Android 5.0 still rules.

For February, Android distribution shows Lollipop captured 32.5% of the market while Marshmallow increased to 31.3% already. Android Nougat is still at 2.8% which is still insignificant although better than last month at over 1%. Lollipop went down a bit and not so noticeable at 0.4%. We’re guessing the number just upgraded to Marshmallow.

KitKat is still the third biggest at 20.8% down from 21.9% last January. Jelly Bean is only a little over ten percent while Ice Cream Sandwich and Gingerbread each captured 1% of the Android market. Froyo has been out since the last report.

The rise of Nougat is still slow mainly because OEMs and mobile carriers are still working on the updates. We hope the number will improve this month or more in the next quarter as more companies have been rolling out the said software update.

As for screen size configuration, hdpi (~240dpi) screens are still more popular with 37.1% followed by xhdpi (~320dpi) at 34.6%. Such information help developers and designers know which size or screen configuration they should prioritize.