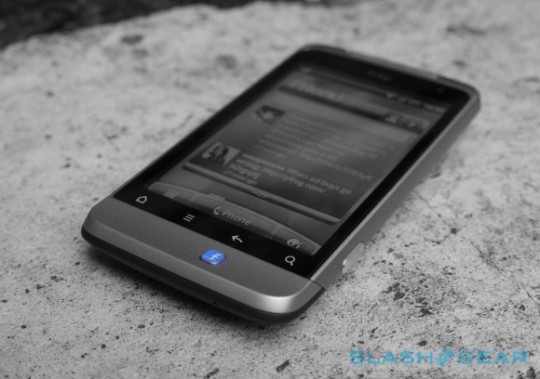 Facebook is gearing up to host an event on April 4th centered around the Android operating system. Facebook’s own customized Android OS, which we’ve learned will be called “Facebook Home”, will be the center of attention during the event. The customized OS will feature deep integration into Facebook’s services. Its Messenger, Photos, and Contacts apps will be the default apps for the OS, with the Messenger app being used to both IM your friends on Facebook, as well as sending out SMS texts.

Facebook is working together with HTC to launch Facebook Home. Facebook is planning on debuting an HTC handset, the HTC Myst, running Facebook Home at its event. The device is said to resemble the iPhone 5, with a home button located on the bottom-middle portion of the phone, with capactive buttons on both of its sides. The device will have a 4.3-inch screen, and is said to be nearly the same size as the iPhone 5.

While Facebook Home is headed to the HTC Myst, it’s also speculated that it could come to HTC’s current devices, as well as the HTC One. Most of us are wary to see what this new Facebook-integrated Android OS will look like, but who knows, maybe Facebook can pleasantly surprise us. At least it’s not launching another full-blown Facebook phone. If you haven’t see Facebook’s prior phones, you should check out our review of the Facebook-integrated HTC Status.