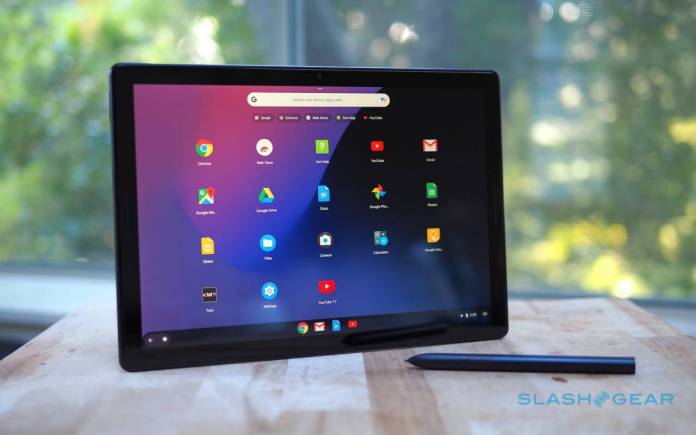 It hasn’t been a year since the Google Pixel Slate was leaked and then presented to the public. Images were out before the official launch. Promotional videos gave us an idea of what to expect and we hoped for the best when it was spotted on FCC. The device already went up for pre-order on B&H, Best Buy, and the Google Store. Since then, we haven’t heard any update until this week. It’s not exactly bad news but Google is discontinuing the Chrome OS-powered tablet.

In case you didn’t know, the Pixel Slate has five configurations. Google is axing the entry-level models specifically the Intel Celeron ones. They are entry-level but still have premium prices at $599 and $699.

The $999 models proved to be more powerful and so Google has decided just drop the “cheaper” variants. It will still continue to sell the Intel Core m3, Core i5, and Core i7 tablets. You may see the first two models as “out of stock”. Don’t be surprised because they have been removed from the product list already.

A representative shared this with 9to5Google: “We have stopped production on the G Store exclusive $599 and $699 Pixel Slate models. We remain committed to supporting these variants and will continue to stock Pixel Slate online and in stores – including our recent expansion to even more Best Buy locations.”

The Pixel Slate you can avail will already come with the latest Chrome OS updates including instant tethering, mobile apps to access SD card, ARCore support, split-screen viewing, and note taking on lock screen. The Pixel Slate tablets aren’t gone for good. We’re just given the better choices, the not so good ones have been eliminated.