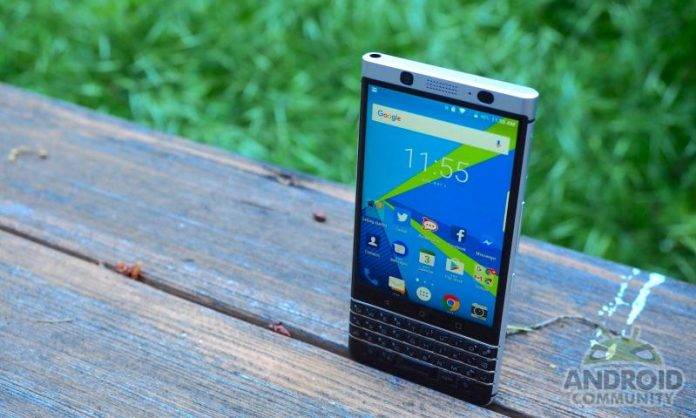 At a time when manufacturers are scrambling to banish as much bezel as they can, those who go the completely opposite route are sure to catch people’s attention. Especially when that device carries a name that is both revered yet also, at times, ridiculed. BlackBerry has bowed out the smartphone-making business, it has not yet thrown in the towel completely. Instead, it has offloaded those responsibilities to its partners, first of whom is TCL. The BlackBerry KEYone is as much BlackBerry’s first 2017 smartphone as it is TCL’s first “full” BlackBerry phone. As such, the KEYone has a lot on its shoulders coming from both parents. So how does it fare after months of teasers and expectations? We dig in to find out.

TCL is no stranger to the smartphone manufacturing business. After all, it is the parent company of Alcatel, one of the older but smaller names in the market. And it is no stranger to making BlackBerry phones either. Both the DTEK50 and DTEK60 have come from its production lines.

It is, however, probably new to the whole QWERTY phone formula. I will probably be never known how much direction came from BlackBerry, but, suffice it to say, this is not your old BlackBerry QWERTY smartphone. The KEYone is like the offspring of BlackBerry’s old keyboard phones and its new all-screen models. On the one hand, you do have a 35-key honest to goodness physical QWERTY keyboard permanently latched on to the bottom of the screen. On the other hand, you still get a more or less regular-sized smartphone touch screen, a tad smaller than most with a slightly off resolution of 1620×1080. 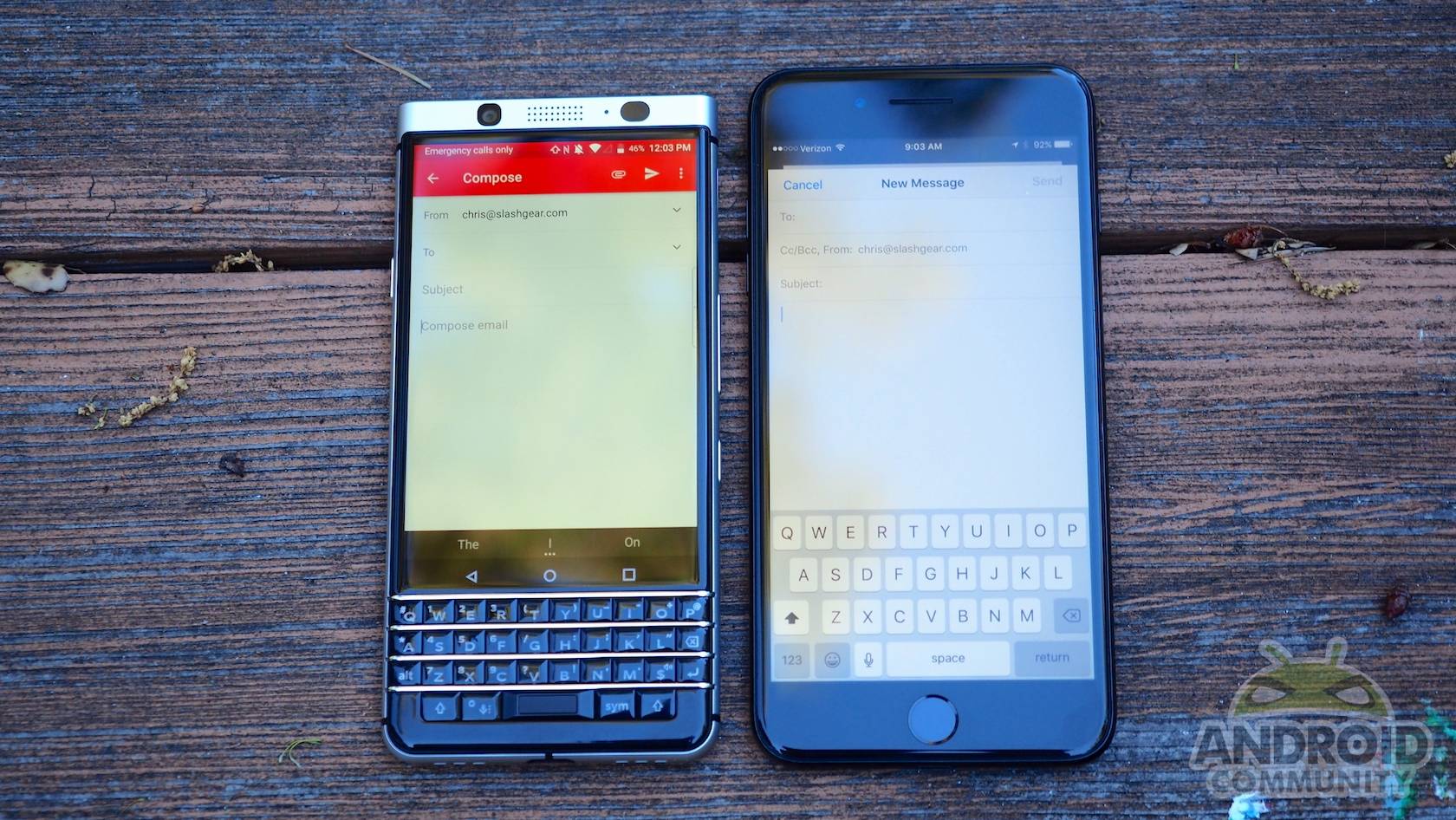 The design attempts to give users the best of both worlds without resorting to the sliding keyboard of the BlackBerry PRIV or the gigantic squareness of the BlackBerry Passport. The intentions are good, but the result is that the phone is rather “top-heavy” when you try to use the keyboard due to the screen monopolizing the phone’s height. Forget using the KEYone with one hand, not that you’d want to anyway. 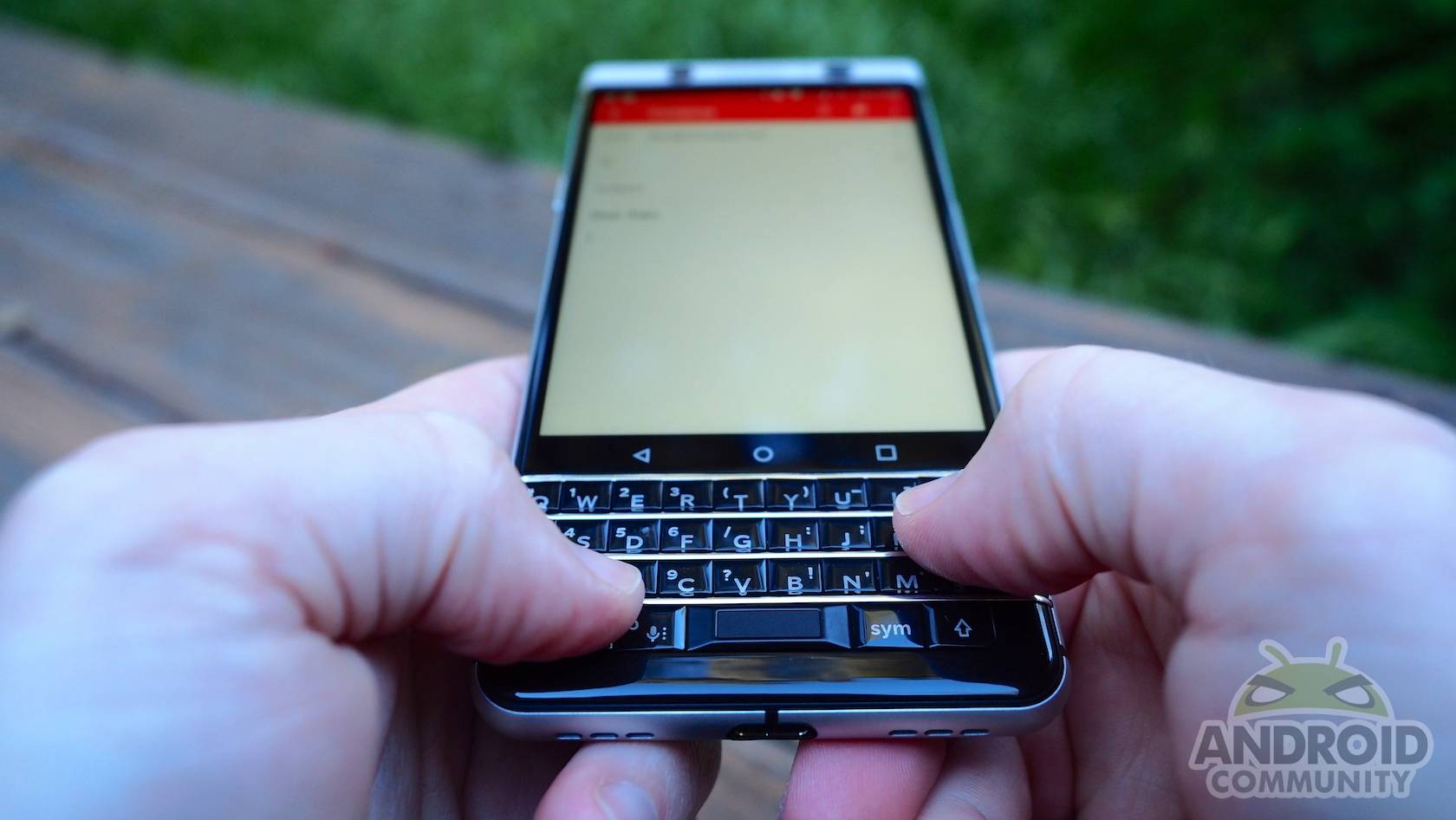 The phone’s build is actually quite impressive. It has the usual mix of metal, rubber, and plastic that BlackBerry is known for. There is a bit of heft to it, given its length and hardware, but not so much weigh too heavily in your hand. Though, most of the time, you’ll be using it with two hands anyway.

Despite its look and feel, not to mention its price, the BlackBerry KEYone would hardly qualify as a high-end smartphone if you base it on the specs alone. Running inside is a Qualcomm Snapdragon 825, not even an 835, the chip maker’s mid-range platform. There’s also only 3 GB of RAM with 32 GB of expandable storage. The 4.5-inch screen, if you remembered, is only Full HD. If you were looking for something more premium, at least relatively speaking, with a keyboard, the PRIV might be a better fit. 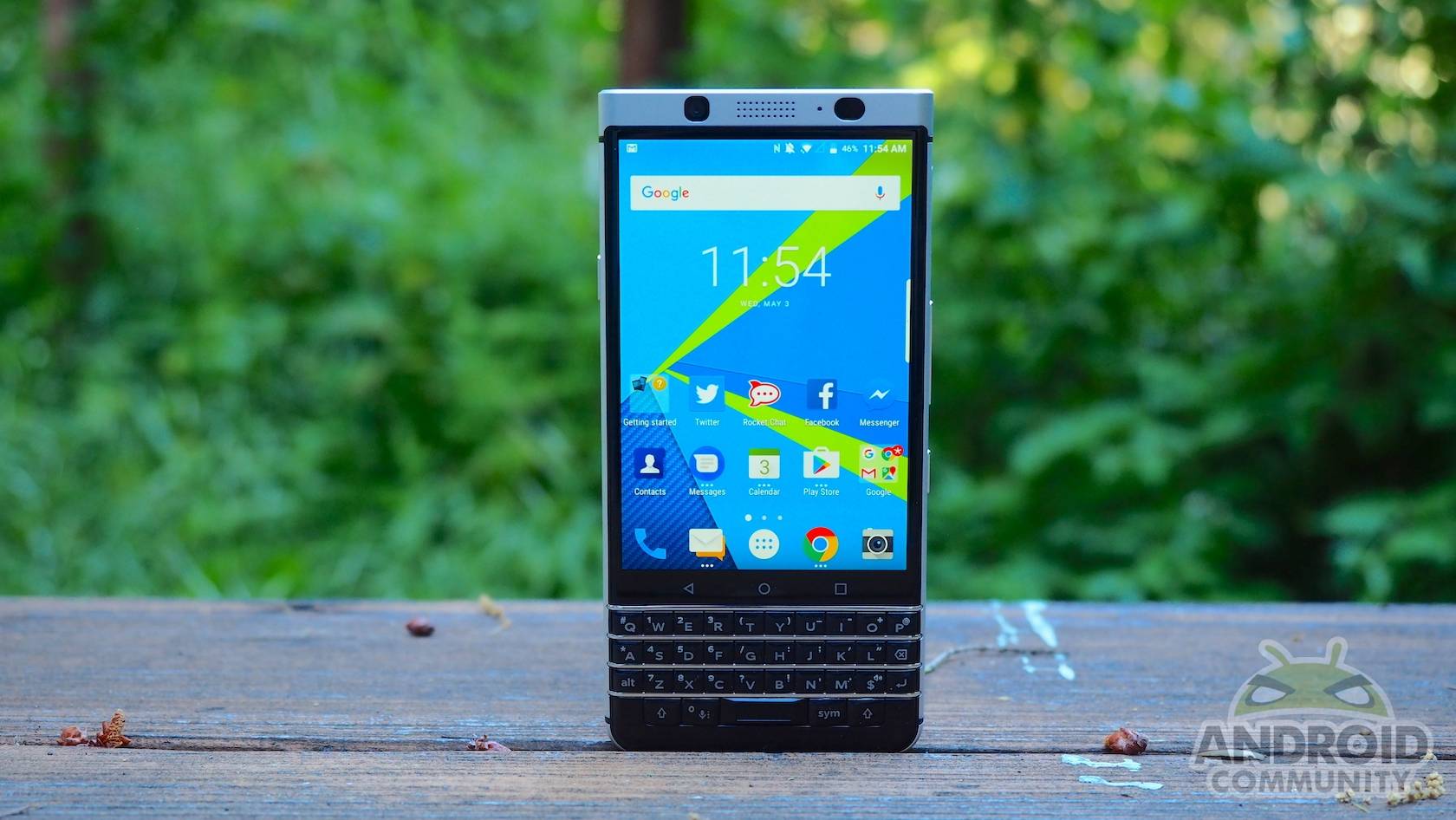 BlackBerry’s choice of specs isn’t exactly out of a whim. It prioritized longevity over raw power. In plain English, the KEYone is meant to last longer than your average high-end flagship, and that does seem to be the case. The generous 3,505 mAh battery, paired with the middling specs, means that BlackBerry’s advertisement of 26 hours or so of “mixed” use is more or less accurate. That’s not to say, however, that the KEYone will crawl like no other. It just means it’s not going to win a race with, say, an LG V20 and its Snapdragon 820. 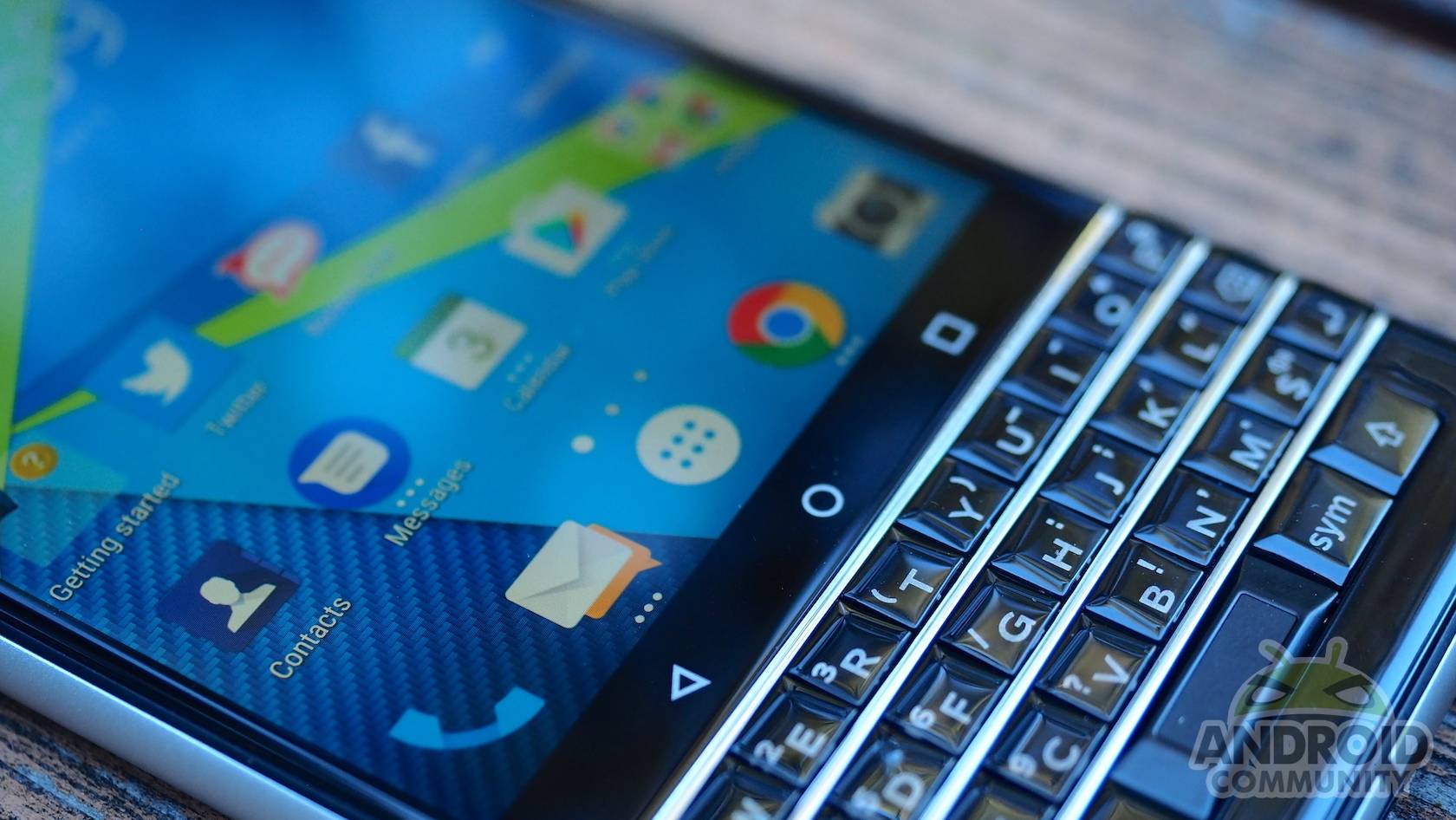 BlackBerry did seem to at least try to compensate with the cameras. Unlike with its past phones, the KEYone uses a somewhat decent sensor this time. That’s the Sony IMX378, the same 12 megapixel camera that Google put in the Pixel and the Pixel XL. But just because the two use the same sensors doesn’t mean that the results will be alike. Google itself admits that it employs a lot of software wizardry to achieve its top marks. BlackBerry and TCL, whose forte has never really been on smartphone cameras or computer imaging, probably doesn’t fare that well. You can judge for yourself in the gallery of camera samples at the end of this piece. 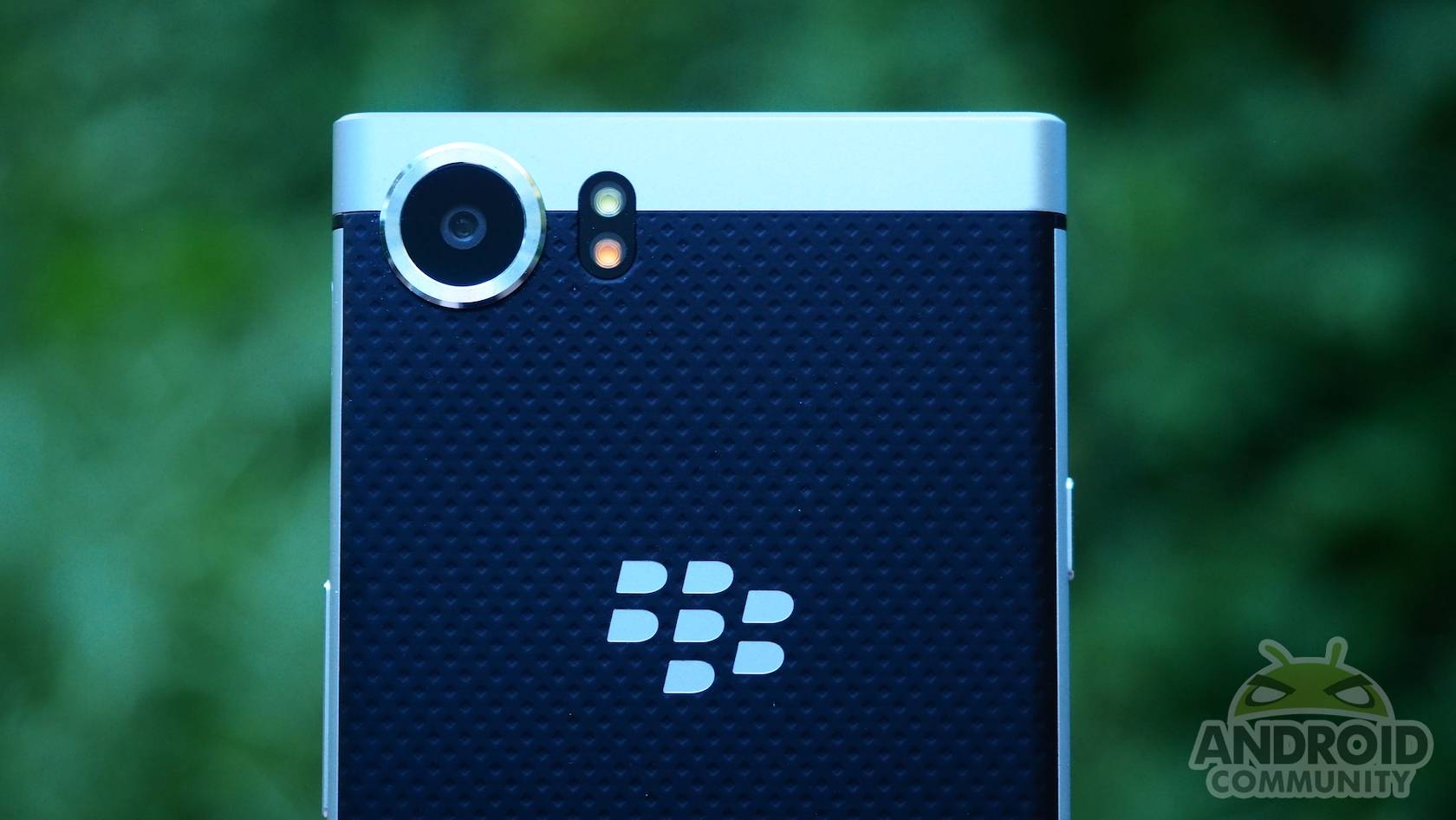 BlackBerry is priding itself as a good Android citizen by rolling out updates faster than most and by modifying its out of the box experience very little. Indeed, BlackBerry’s unique touches are barely noticeable unless you really look for it.

At the heart of BlackBerry’s software is the BlackBerry Hub, whose nature and features are clearly marked for the enterprise. Think of it like a priority inbox, but one that lumps together all your incoming communication from different sources, be it email, social media, or instant messaging. Those who live and die by such forms of communication might appreciate having a one-stop shop for all of them. Be warned, however. Like any third-party app, the back and forth communication between app and services isn’t always instantaneous. So you might be surprised to see a couple of unread emails that you already opened or deleted in the Hub. 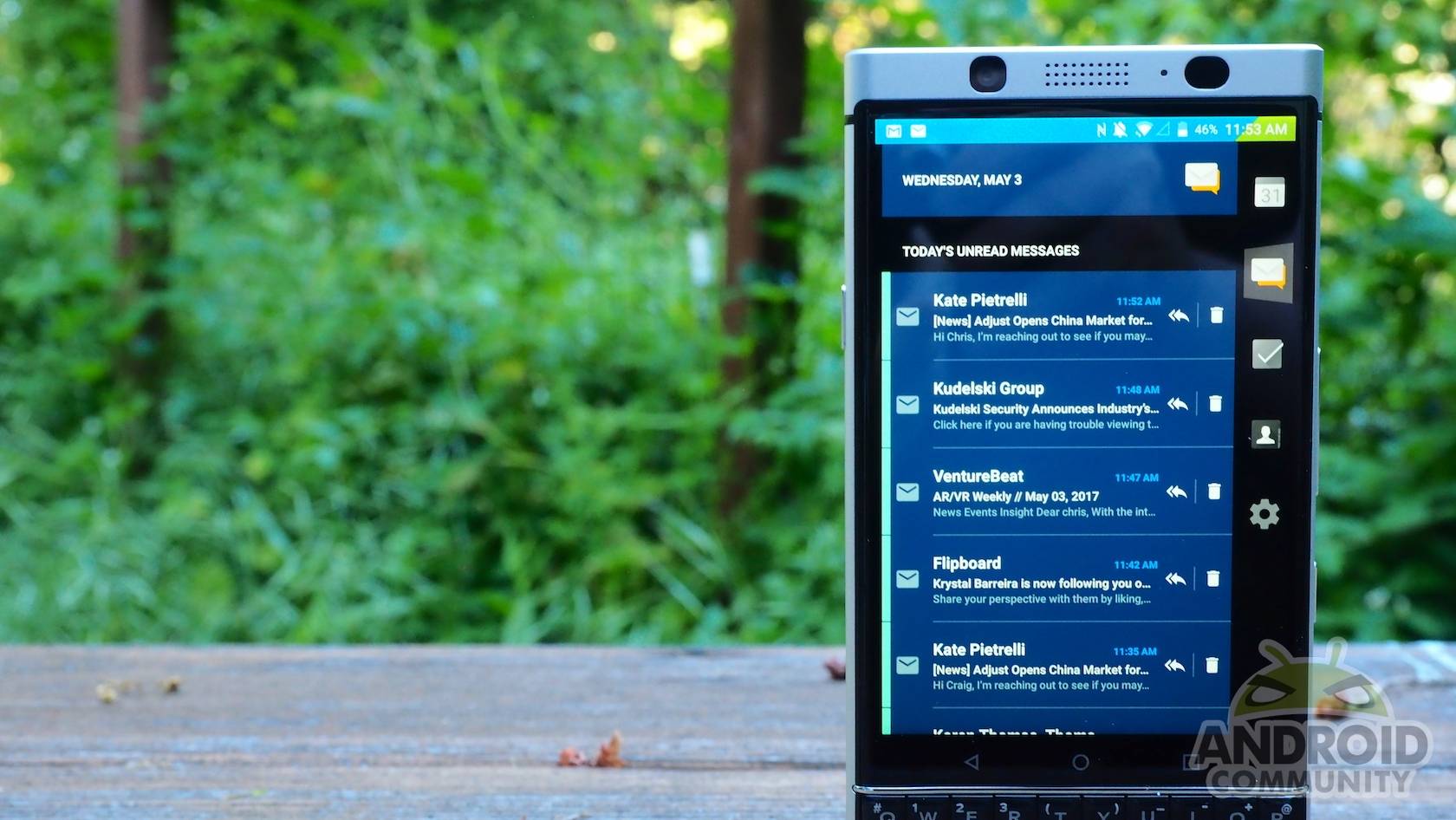 The other distinctive BlackBerry software is DTEK, from which its two previous phones take their name. Just like the Hub, this traces its origins from a time when BlackBerry was king of the enterprise hill. DTEK’s calling, however, is more on the security side of things, keeping a close watch on what apps are doing and what they’re trying to access. In case a wayward app manages to sneak past your scrutiny. While Samsung may have its KNOX and other OEMs have their little security utilities, BlackBerry promises enterprise-grade security and monitoring with DTEK, something which honestly might be lost on regular consumers. 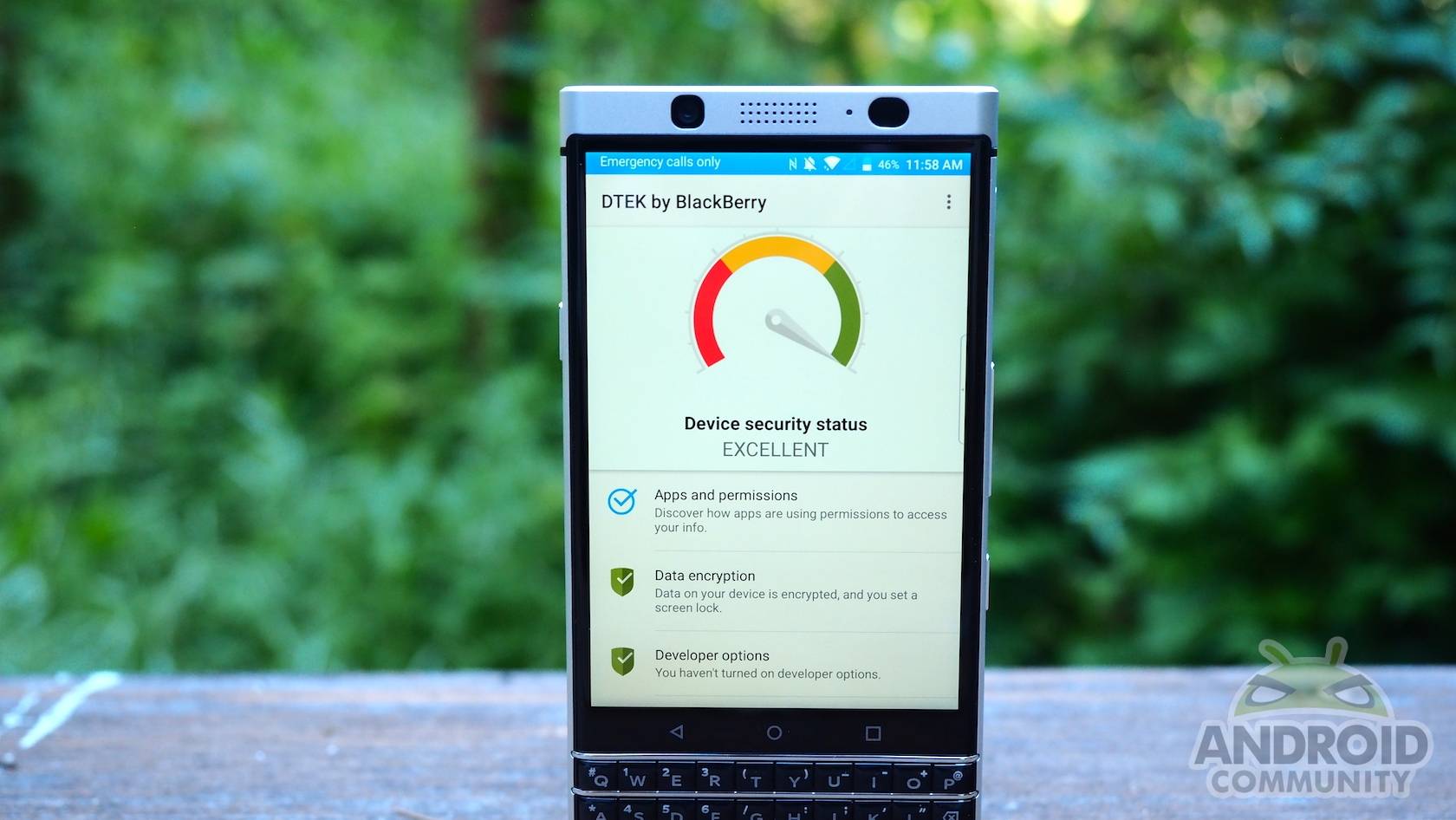 Let’s face it, the biggest draw of the BlackBerry KEYone will be its keyboard. You can find BlackBerry phones elsewhere and you can find BlackBerry software on other phones, but the KEYone alone combines those in a non-sliding keyboard phone. Thankfully, the keyboard doesn’t disappoint though you might end up being more exasperated with your thumbs instead.

A physical keyboard promises faster input than, say, a virtual one, but it makes the presumption that your fingers are used to that kind of key-mashing. Even before the age of screen phones, the QWERTY keyboard has already been more of a niche, compared to T9 keypads. That is still true today and your thumbs will be too willing to point that out to you. Granted, a few days, nay weeks, of practice could increase your speed considerably. Provided you have rather petite thumbs. 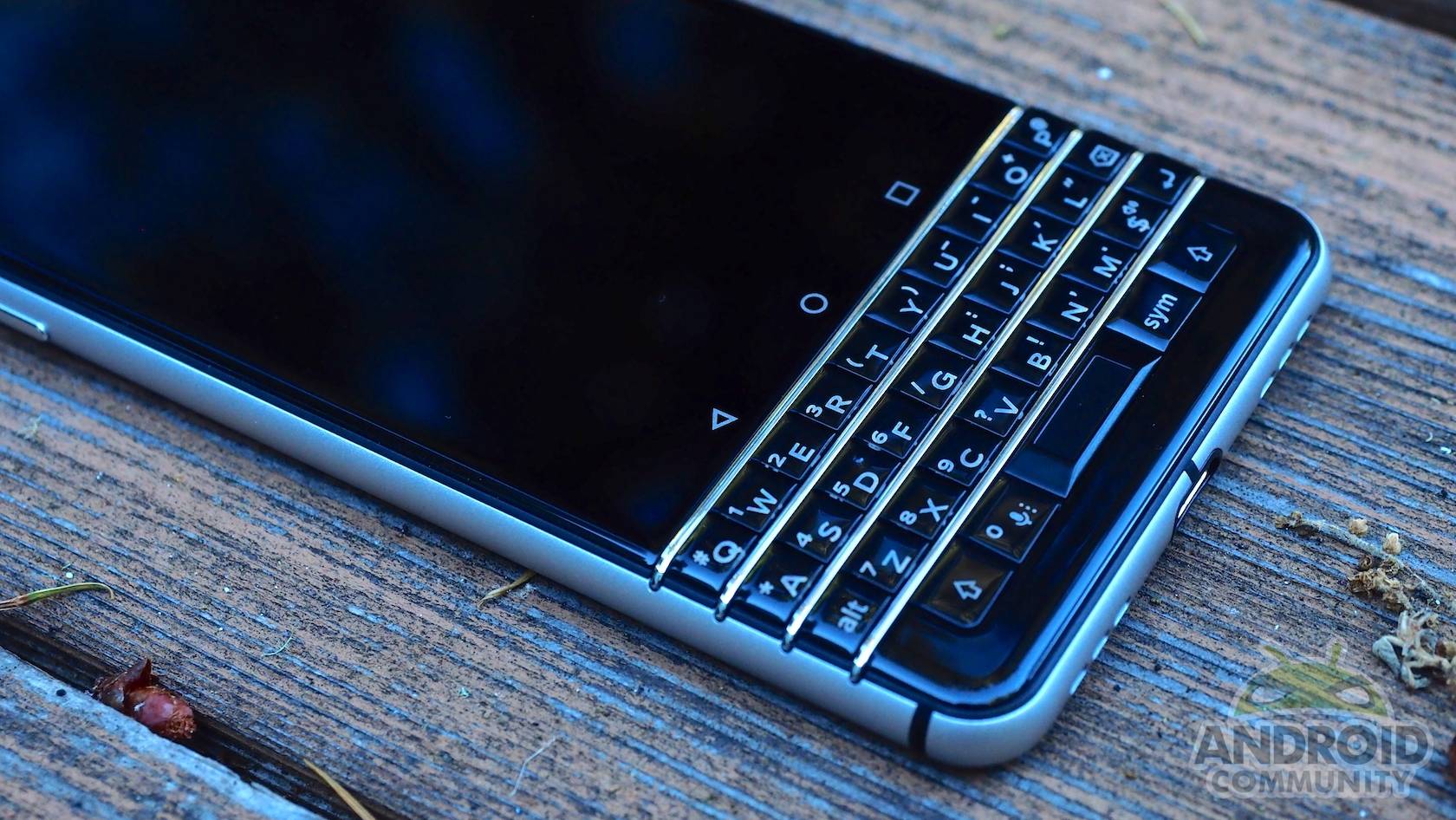 That keyboard isn’t just for typing, however. It has a few tricks up its sleeves, or rather under its keys, that might be familiar to those who have been watching BlackBerry since the Passport. The entire keyboard acts as a scrolling touch pad, if you can ever get over the feeling of gliding your digits over a bumpy surface. The spacebar hides a fingerprint scanner but, make no mistake, it is no home button. And each key also doubles as a shortcut key when you press down on it long enough. Good luck trying to remember which key launches which app or action when you start running out of initials. 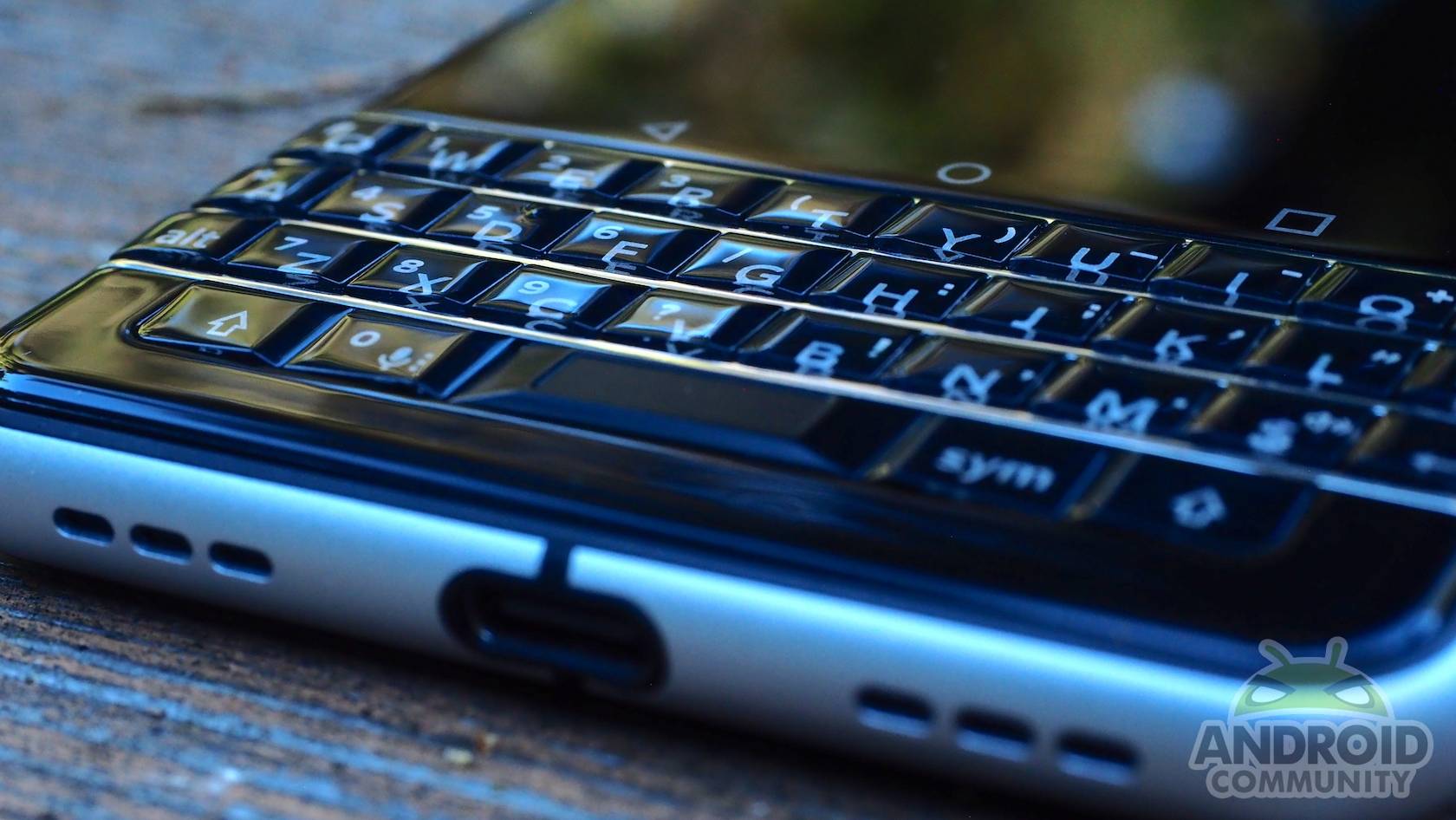 The BlackBerry KEYone is a rather decent, though mid-range, smartphone that gives a respectable throwback to the days of old. However, it doesn’t exist in a vacuum, so we always have to ask why would you want to buy one. If you’re a die-hard BlackBerry fan, you’d probably consider Android heresy anyway and would opt for the large and odd Passport. If you’re a die-hard QWERTY fan, you might be better served by a PRIV. So who is the KEYone for really?

That is actually a hard question to answer and one that will most likely hound BlackBerry and TCL in the months to come. Complicating matters is the fact that, for its specs, the KEYone isn’t cheap either at $549 unlocked. There will undoubtedly be fans willing to show their love and support for BlackBerry by buying every model they can get their hands on. But the KEYone will most likely end up simply serving a very niche and small market, which is probably just fine for the companies that made it. 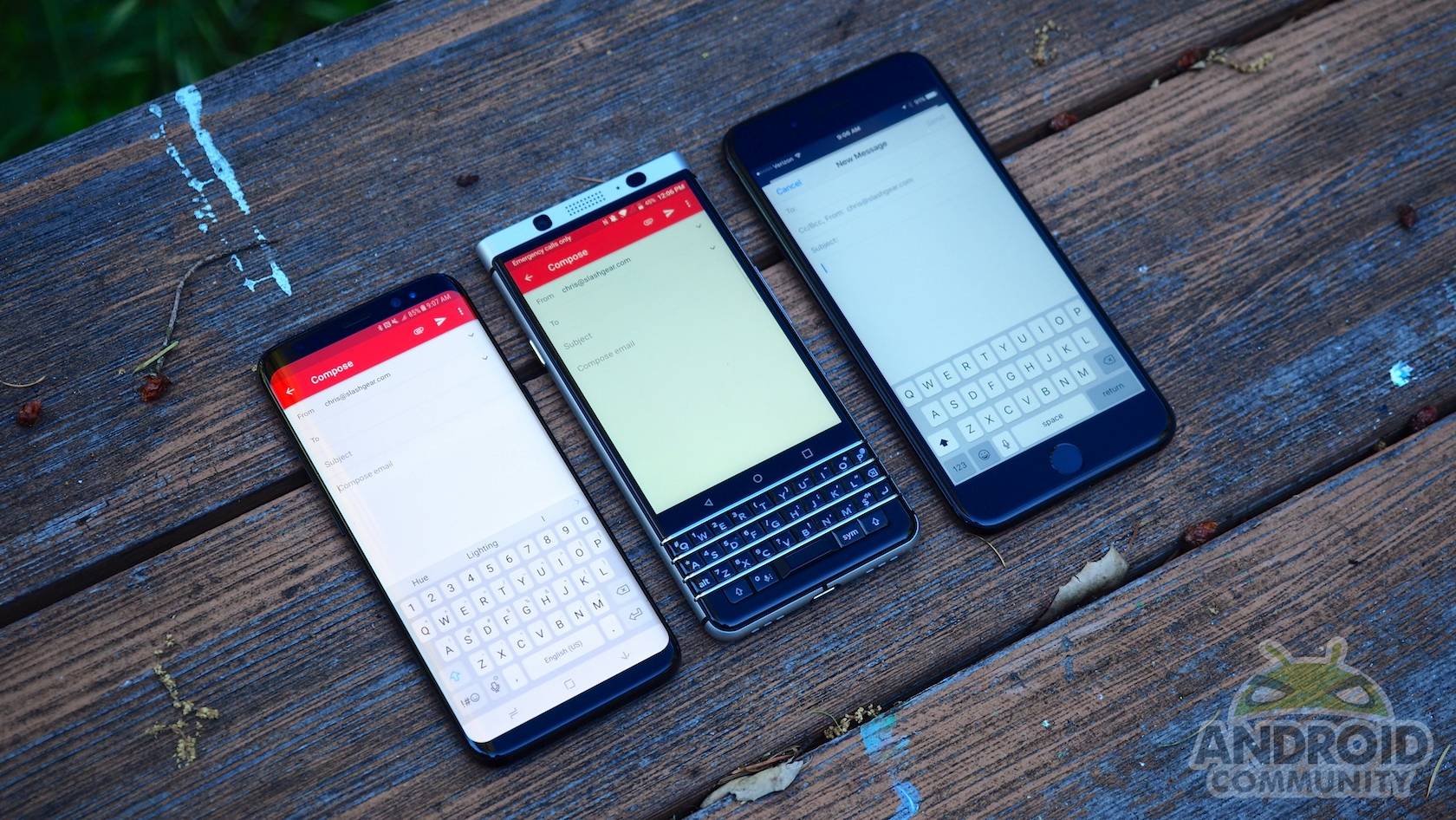