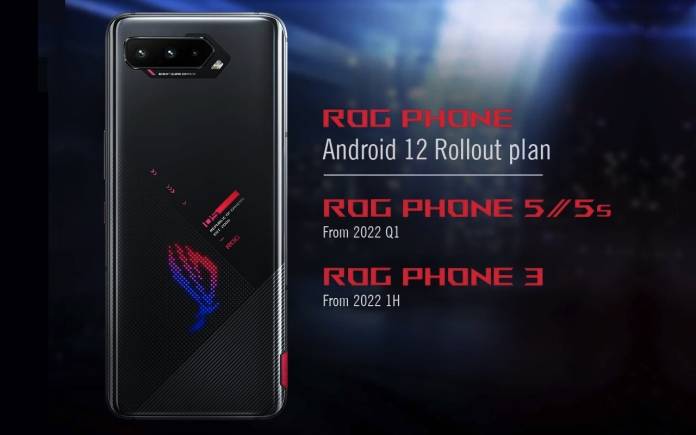 ASUS has been working on Android 12 OS build for some of its flagships phones. Earlier this month, the ASUS ZenFone 8 Beta Program starTed accepting enrolees. Release schedule for the Zenfone 8, Zenfone 7, and ASUS ROG phones is now ready. Beginning December 2021, the ZenFone 8 will officially get the latest version. In Q1 2022, the ROG Phone 5 and 5s series will receive the same. In the first half of next year, the ASUS ROG Phone 3 and the Zenfone 7 series will receive the same update.

As with most Android 12 upgrades, ASUS will deliver major features and improvements from the release made by Google. Asus will also be including performance and battery-managements enhancements and features as the company is known for.

ZenFone 8 users have already started with the beta testing program. Hopefully, the program will help identify more bugs and errors so they can be fixed right away. The final software version is expected to be ready by December.

The features and improvements will be basically the same for the ZenFone models mentioned. Apart from ASUS, other OEMs have also reported they are rolling out Android 12 including Vivo with the FunTouch OS, Samsung One UI 4, and ColorOS 12 and Realme UI 3.0 for OPPO.