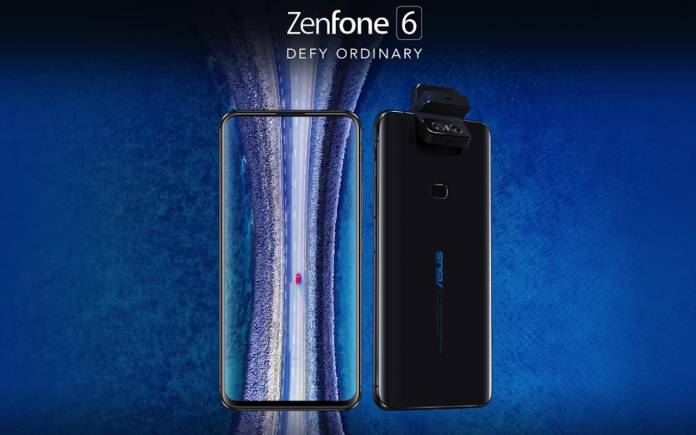 The ASUS ZenFone 6 is another favorite subject since the first time we heard about it. Before the official launch, images were leaked. The device was teased with a Snapdragon processor and a notch-less screen. More images and specs surfaced before the public launch. It was announced finally and was made ready to “Defy Ordinary”. We’ve been anticipating for a few more variants but we were only introduced to the ASUS ZenFone 6 Edition 30 which was released in time for the Taiwanese tech giant’s 30th year.

The ZenFone 6 scored decently on DxOMark. It was also made ready for custom developers and different platforms. The phone now has a Google Camera port.

We know the ASUS ZenFone 6 can last a long time as presented during the Teardown Analysis and the Durability Test. The latest good news we have about the flagship phone is the addition of the June 2019 security patch and ARCore support.

Bumping up the software of the ASUS ZenFone 6 means the phone can perform faster and smoother. Specifically, this is the v16.1210.1906.156 build for the Asus ZenFone 6 ZS630KL. The update allows an enhanced video call experience. ARCore is enabled, as well as, the 8X zoom in Photo mode.

Other camera improvements include the removal of the time limit for FHD video recording, the addition of start/stop video recording function with Volume Keys, and better camera flipping slipping. You may also notice the enhanced photo image quality on noise reduction, TaiwanMobile VoWiFi enabled, and optimized screenshot stability. The bug related to a screenshot feature has been fixed already.

The security patch level is only June 2019 but the July update should be ready soon. There is the Translation Strings in Settings feature being updated as well. Asus ZenFone 6 is one decent Android smartphone just by looking at the features. Note that you can unlock the phone’s bootloader so you can do many things on the ASUS phone.