The doors of Google I/O 2018 have finally opened this week. After weeks of excitement and speculations, we’ll finally get to know more about the new products and services the tech giant will offer this year. We’ve been anticipating for the new Android dessert and we believe before the conference is over, we’ll know what is that sweet Android P treat. For now, here is a preview of what’s new in Android P Beta as presented by Google. So is it the Android Peppermint Pocky? Pineapple, Pancake, Popsicle, or Peanut Butter? Your guess is as good as mine.

We won’t spend much time contemplating on what dessert the Android team will serve the mobile industry next. Google has released a new beta version of the new Android P with focus on AI and more intelligent experiences. We can say the next-gen mobile OS from the Android developers will be smarter than ever.

Many of you may have already tried the Android P Developer Preview but don’t be surprised if there will still be major changes. The beta version is almost available and it is said to provide users more engagement with apps. If you have a Pixel device, you can try Android P beta by signing up HERE. 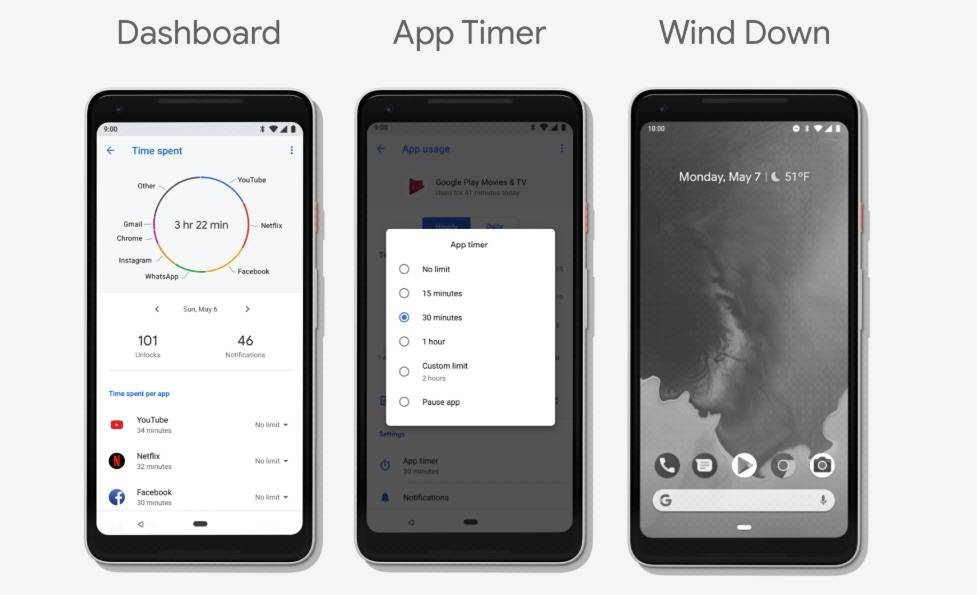 If you have other flagship phones from other OEMs such as Essential, Xiaomi, Vivo, Oppo, Sony, and Nokia, you can also receive the beta OS as made possible by Project Treble. Some of the current models that can load the Android P Beta are as follows: Essential Phone, Google Pixel 2, Pixel 2 XL, Pixel, Pixel XL, Nokia 7 Plus, Oppo R15 Pro, Sony Xperia XZ2, Vivo X21UD, VIVO X21, and Xiaomi Mi Mix 2S.

So what can we expect from Android P Beta? A lot of smarts and simplicity.

Watch the video below so you can understand how the new Android version is also “open to the future”:

The Android P OS is smarter and simpler than ever. At its core is machine learning. Some of the latest features and improvements include Adaptive Battery that optimizes how mobile apps use the battery. With machine learning, it can prioritize the apps frequently used and grouping them with restrictions. Apps can be optimized for App Standby, Background Limits, and Doze.

App Actions can raise app visibility to users depending on machine learning and based on recent usage. The system can highlight which app can be used. Slices is a new feature that allows apps to bring remote content to users in Google Search or Assistant. It is supposed to be interactive and be able to support different actions, sliders, toggle, and scrolling content among others.

The Smart Reply feature in notifications will arrive with an API so devs can add this experience and optimization the users. Text Classifier can identify entities in ext input or content that may support more types like Dates and Flight Numbers. With this effort, the devs are introducing the TextClassifier API and the Linkify API.

Android P Beta is a result of Google, carriers, OEMs, and silicon manufacturers working together. The Project Treble effort has enabled these groups to combine their efforts to make the initial release ready for more consumers with less waiting time.

If you are a developer, we encourage you to check the ML Kit and do several tests. For one, check the display cutout so feel free to test your app with the said feature. Get the Android P Developer Preview SDK into Android Studio 3.1 or 3.2. An Android emulator may also work if you need to test an app.