We are probably just weeks away from the official unveiling of Android P (and secretly rooting for Peppermint to be the official name), but we’ve seen a lot of new features and details about the new Android version. The open-source nature of Android of course allows for people to see code commits to the Android Open Source Project (AOSP) and study the developer previews. We’re highlighting one new feature today, because we love the idea.

According to an AOSP commit merged on January 19, a new rule set in Android P will now prevent apps that are idle in the background from accessing your device’s camera. This is one of the scary ways a malicious app can blackmail you – that is take pictures with the camera even when you’re not doing anything with the device and the screen is off. 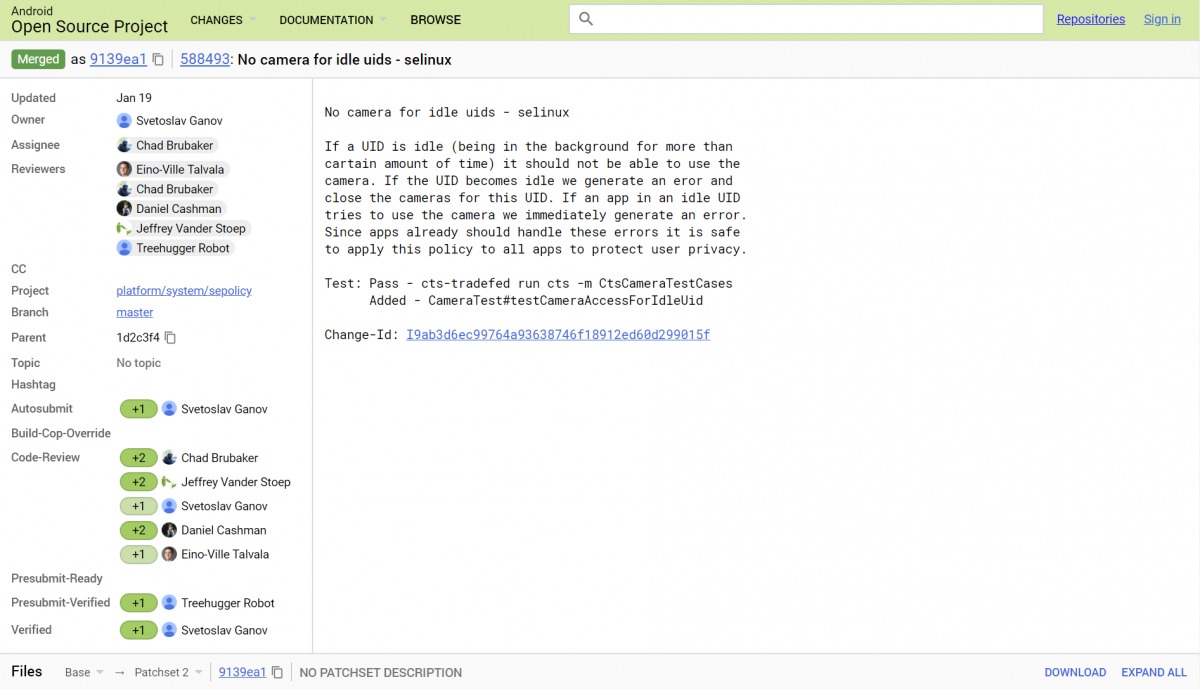 In Android P, when the camera service detects that an app is idle – and it detects this when the device is in the idle Doze state and the apps’ access to CPU and network services is restricted – Android P will now close the app’s access to the camera. Even subsequent camera requests from the inactive app will generate errors.