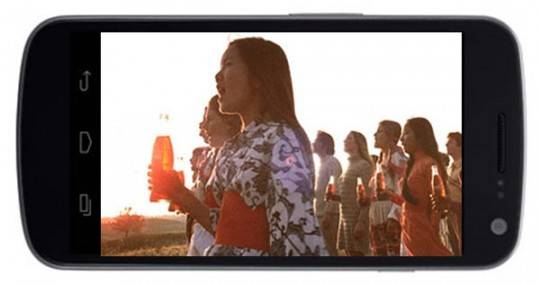 Wrapping up the last day of the work week, here are today’s top stories. The world had thought the international version of the Samsung Galaxy S II would receive Android 4.0 (Ice Cream Sandwich) tomorrow, March 10th. It turns out that their statement was faulty, and that they will let customers know when they plan on rolling out the update. So as of now, owners of the original GSII are going to have to wait.

Next up, Google and Coca-Cola have joined forces to buy the entire world a Coke. Here’s the way it works: By clicking on an AdMob served browser (or application ads) users will be able to send a free Coke to random specially made vending machines. To top it off, they’ve allowed those that take part to send a “Here’s your Coke!” message to the vending machine.

The Sony Tablet P was rooted just 5 days after its official AT&T release. It’s the most unique tablet to hit the market, and sports two individual displays that fold into a clamshell for easy storage. It turns out that AT&T is also bundling the device with the Sony XPERIA Play for $299. Sure, the Play is only priced at $0.99 on a two year contract, but when purchased separately the Tablet P runs for $100 extra at $399.

And lastly, we’ve got a nice review of Spigen’s GLAS.t screen protector for the Galaxy Note. It literally adds an extra layer of glass to the screen, and application is precise without leaving a single air bubble. The protector is of the finest quality we’ve come to see, and for a decent price of $24.99 too. There are also a few cases demoed after the GLAS.t application, so be sure to check them out.