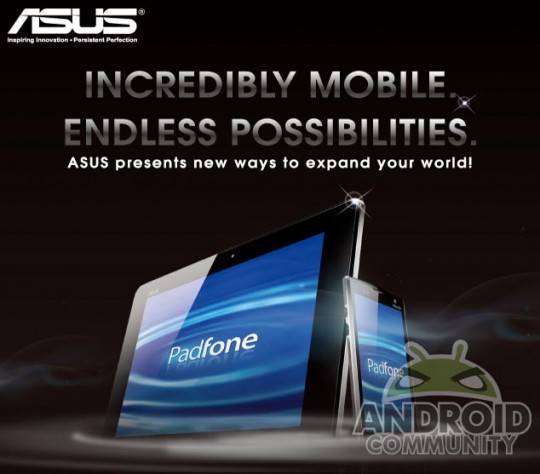 This morning, word got out that Fujitsu is planning a 13.1MP phone for MWC. Other rumored specs include a rather large 4.6” display and an NVIDIA Tegra 3 processor. It is projected to run Android 4.0 (Ice Cream Sandwich), even though three capacitive buttons are present on the only thumbnail we have of the rumored device.

ASUS has released a glimpse of their final Padfone product to be shown off at MWC as well, and it looks like it may steal the show. The ability to quickly and seamlessly go from using your phone to harnessing its 3G/4G for use within a tablet may be what many heavy mobile users have been waiting for.

Verizon’s 4G LTE network was down again today in select areas of the US. Large cities such as Houston, Dallas, and New York City were out periodically. Yet, voice calls and 3G and seemed to be unaffected. The problem isn’t new, and hopefully it doesn’t become a normality.

WIMM’s Micro App Store went live earlier today, so our latest four winners may want to head over and check out the new apps available. In case you missed it, we’re hosting the WIMM Spring Developers Project, and giving you all chance to win your very own WIMM developers kit. Instructions for entry are here, and we still have 6 packages up for dibs – so be sure to check it out!