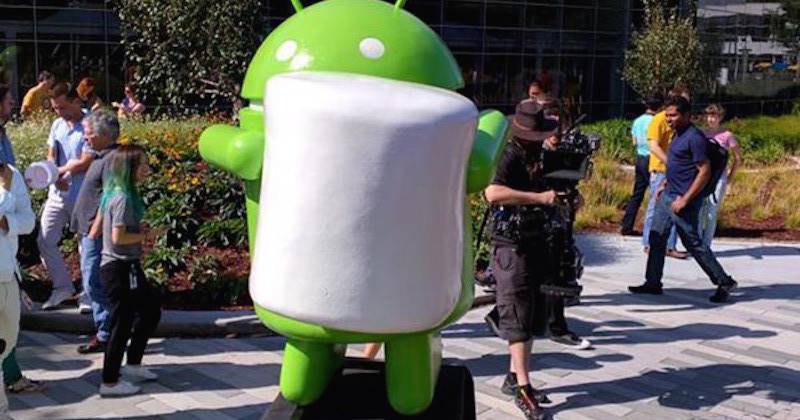 The Android 6.0 Marshmallow is already official after months of Android M speculations and rumors. We only have to wait for the public release since developers are already enjoying the Android 6.0 SDK since August.

We usually wait for the latest Android platform to be announced but the Marshmallow came earlier than usual. Last year’s Lollipop was announced in October while the Android 6.0 was unveiled in August. That’s a couple of months earlier. And since two new Nexus phones are expected to be announced on September 29, the Nexus 5X and the Nexus 6P, the official Android Marshmallow software might be available in the same day or a few days later. Canadian mobile provider Telus says Android 6.0 Marshmallow will be ready by October 5 for the Nexus pair.

This information is according to a software release schedule by Telus but anything could still change. We’re not doubting an October release, it really is just a matter of waiting for it. Soon after the LG Nexus 5X and Huawei Nexus 6P are launched, expect the Android 6.0 Marshmallow to be ready for your Android devices. Of course, not all devices will receive the software at once. It will still depend on your mobile carrier and phone manufacturer.

Google hopes to improve the release process of new software updates so this year could be different. The early announcement of the new Android version got us anticipating for the fluffy Marshmallow we hope that roll out will be ready very soon. The Nexus phones will definitely get a taste of Marshmallow and probably so much s’mores before mobile devices from Samsung, Motorola, LG, Huawei, or Xiaomi get theirs.