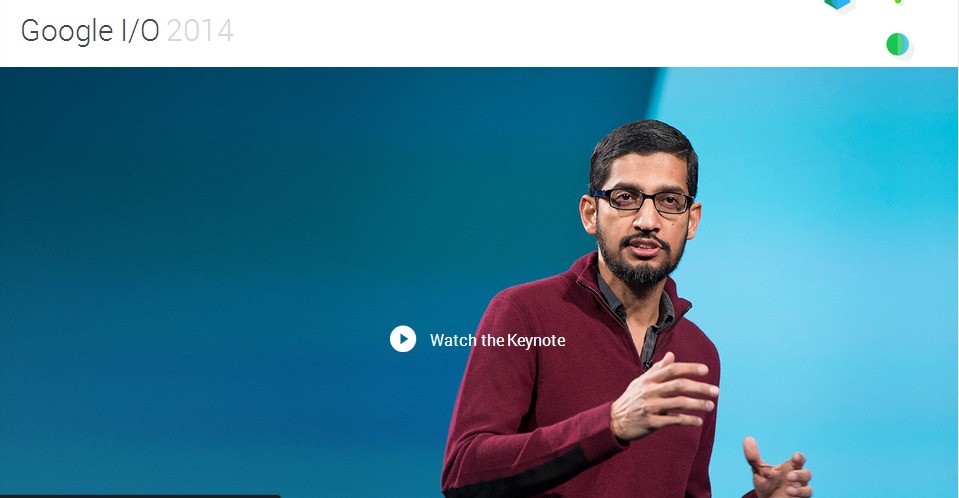 If you missed the Google I/O Developers Conference this year, or if you were keeping track online and missed some of the sessions – do not fret, the next best thing is here. Google has made all 73 sessions of Google I/O 2014 available – including the tech-laden keynote led by Google head honcho for Android Sundar Pichai and a few more top names at Google.

The keynote, as you may have heard, was where Google made waves in the tech industry by announcing Android L – the latest version of the open source OS that should hit the streets later this year. Android L has now been released with a developer preview for the Nexus 5 and 7 devices, and it has been nitpicked, observed and tweaked ad nauseam. A bunch of apps, themes, and APKs – including a version backported to work on the Nexus 4 – have come out available for those who want an advanced experience of the new OS.

Google I/O 2014 was also where they came out with Android Wear, a new line of wearable devices that Google is banking on to expand Android’s reach. A number of manufacturers have latched on to the new idea and have created their own devices to go under the “Android Wear” line.

If you really don’t have the time to watch all 73 sessions – and while we suggest that you do make time for at least some of them – then there is this minute-and-a-half video to compensate for your lack of time. Although, I would imagine that upon watching the short reel, you’d probably want to go ahead and watch some of the sessions yourself. You have been warned. Watch the short video below, and then jump to all the videos at the source link.